K-9 units are public safety tool that must be preserved 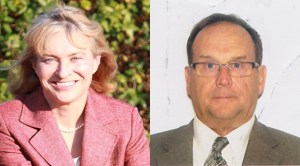 As cities debate police funding in the wake of coast-to-coast protests, municipalities should take great care to protect the one public safety tool that no community can do without — highly trained police K-9 units.

Put aside the myths and inaccuracies — there is little doubt highly trained police dogs are keeping American communities safe from terrorism, crime and are doing their part to protect precious freedoms. End or underfund the K-9 police units, and every community will be less safe and less secure.

A few examples to underscore their irreplaceable role.

Bomb-sniffing dogs patrol sporting events, parades, marathons and festivals on the lookout for the threat of foreign and domestic terrorism. Highly trained police dogs work tirelessly to find the missing and the dead, bringing relief or closure to families. Police dogs encounter the most dangerous of circumstances to stop crimes in progress and find the drugs and weapons that would otherwise enter the community. They reduce the time needed to search buildings and to find people in distress. It should be brightly underlined that amid many recent peaceful protests, police dogs are protecting Americans who are exercising their right to march and assemble.

Unlike fictional portrayals in film and TV, modern police dogs are used primarily as search tools and only rarely for physical apprehension, and even then, only for violent suspects. Officer Troy Caisey, head dog-handler for the Boston Police Department and one of the nation’s foremost experts on police dogs, says that police dogs are almost always leashed in Massachusetts. When a dog locates a suspect, the dog is on a leash and can be recalled, allowing officers to give additional warnings to a suspect to surrender.

Contrary to claims that police dogs destabilize an encounter between suspect and police, it is exactly the opposite. Police dogs are powerful de-escalation tools because, as Caisey says, “Individuals will fight with 10 police officers, but they will not fight with a dog.”

In most encounters between police and a suspect, the mere announcement by officers that a dog is present will cause suspects to decide against resisting or fleeing, thereby saving lives.

Police dogs offer another crucial advantage during dangerous searches — they provide greater reaction time for an officer. Because dogs search ahead of officers and alert when they find a suspect, less opportunity exists for an officer to be startled into an instantaneous decision, such as whether to use their weapon. And because police dogs will only obey their handlers, they can never be commandeered to escalate a situation, unlike a gun or taser grabbed from a police officer.

The enduring myths that “biters” make good police dogs are just that — myths. A non-aggressive, well-socialized dog is essential for police work because they spend so much time patrolling busy, sometimes volatile, crowds.

K-9s are selected from high-quality dogs specifically bred for their even temperament. Handlers choose breeds that are driven to use their noses, not their teeth. In the rare event that a dog is required to physically apprehend a person, they have been trained to use only back molar pressure, not a puncturing bite.

K-9s in most all jurisdictions undergo rigorous and continuous training to national standards. To serve in Massachusetts K-9 units, for example, dogs must complete a 14-week training program and then pass several days of testing by outside evaluators. The dogs then spend six to eight months on city patrol before being allowed to train in narcotics or explosives detection. After certification, every dog must have 16 hours per month of ongoing training — and many dogs are additionally certified by national police dog associations and, if bomb-sniffers, by the Bureau of Alcohol, Tobacco, Firearms and Explosives.

Sheila Goffe is vice president of government relations for the American Kennel Club. Don Slavik is executive director of the U.S. Police Canine Association. They wrote this for insidesources.com.