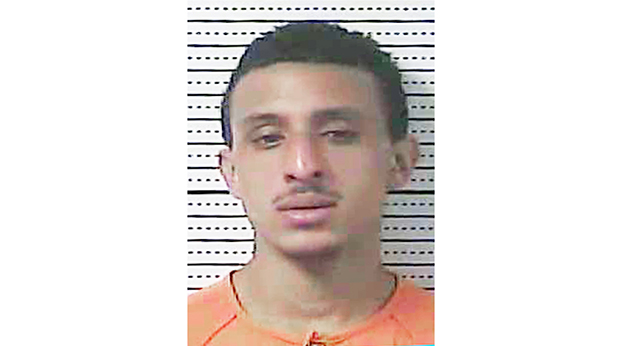 A Lincoln County man is facing burglary charges in relation to several recent gas station break-ins in Danville, and more charges from other counties may be added.

Larry Javon Malik Thompson, 20, of McKinney, was arrested Wednesday and charged with four counts each of third-degree burglary, first-degree criminal mischief and theft by unlawful taking of merchandise valued between $500 and $10,000 following an investigation of the Danville Police Department, with assistance from the Boyle County Sheriff’s Office.

Assistant Chief of Police Glenn Doan said Thompson allegedly smashed through the glass doors at the businesses after hours and quickly grabbed cigarettes, lottery tickets “and cash when he could get it. He got in and out very quickly.”

The investigation revealed information that will likely lead to additional charges in Lincoln and Garrard counties, Doan added.

Danville’s burglaries occurred at Viaduct Marathon, Liberty gas station, SDS Incorporated, and Murphy’s gas station, according to Doan. The first in the series of break-ins, allegedly committed by Thompson, began July 27 at Murphy’s, he added.

Doan said their investigation was based on video surveillance and tips the department received about the incidents.

Thompson was arrested Wednesday and was taken to the Boyle County Detention Center where he was released the same day on his own recognizance, without having to post bond.

Doan said detectives were still processing evidence and building a case that could link the suspect to other burglaries, “and he’s already been released. It is very unfortunate.”

Doan said the department had been paying officers overtime so they could continue patrols in the early morning hours to keep an extra eye on businesses that could be targeted. When hearing the news that their investigation led to Thompson’s arrest on Wednesday, Doan said the overtime was cancelled on Thursday.

“No businesses are safe now. … People like that can progress very quickly to break into homes.”

He added, “We want to keep people and property safe,” therefore overtime was being approved again for extra after hours patrol.

“We will have to continue to deal with the fallout from these types of decisions.”