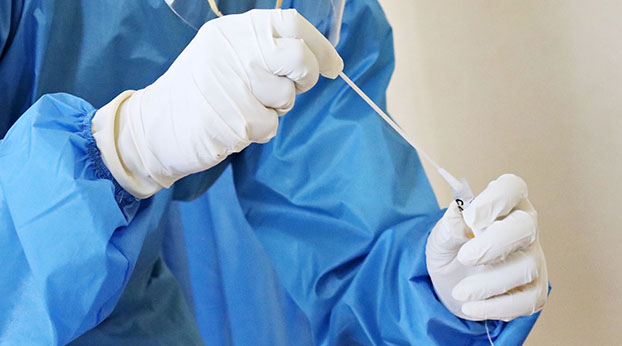 Kentucky saw a small rise in new cases of the coronavirus on Wednesday, while the state’s positivity rate took another drop.

There were 776 new cases reported to state health officials, an increase from Tuesday’s 745, and bringing the total number of cases to 58,764.

Ninety-one of the new cases involved children under 18, according to Gov. Andy Beshear.

“We continue to see this trend where more and more kids are testing positive, and they are becoming a bigger percentage,” he said.  “I think it’s for a couple of reasons.  One, thankfully, kids are being tested more often, and two, they are out doing more.  But remember, while we are making these decisions, our belief is that kids can transmit this virus as easily as anybody else.”

The governor also announced there were eight new deaths Wednesday, raising the total to 1,082 Kentuckians lost to the virus.

The state’s positivity rate, based n a seven-day rolling average, dropped from 3.97 percent on Tuesday to 3.89 percent on Wednesday.  There have been a total of 1,090,160 tests administered to Kentuckians, and the number of those recovered has risen to 11,043.

A total of 565 Kentuckians are hospitalized with COVID-19, up from the 533 reported on Tuesday, with 125 of them in intensive care, a number that is unchanged.

“We’ve added a considerable number of folks to the contact tracing effort across the Commonwealth, Carter said.  “Those numbers total up to 1,240 staff members who are doing contact tracing and disease investigation.  We are not quite at our total budgeted capacity.  We have roughly 120-130 additional spots that we could fill, and we continue to do that.”

He noted that nearly all the local health departments across Kentucky have added more staff, and those who haven’t are using regional teams, established by Carter as part of the effort.  “That’s a significant increase in just a few short months.”

Carter also went through process that people can expect if they are determined to have been in contact with someone with COVID-19, including initial contact by their local health departments. He asked that everyone do the right thing and provide the information requested and take the steps suggested to keep themselves and those close to them safe.

The Trump Administration issued guidance Wednesday on their plans to distribute a vaccine for the coronavirus, once one becomes available, which includes a requirement for states to develop a plan for storage and distribution.  Governor said the state is in the process of putting those plans together now.

“For those of you who went to the PPE warehouse the other day, we do have refrigeration there, but we’ll need more at additional locations.”