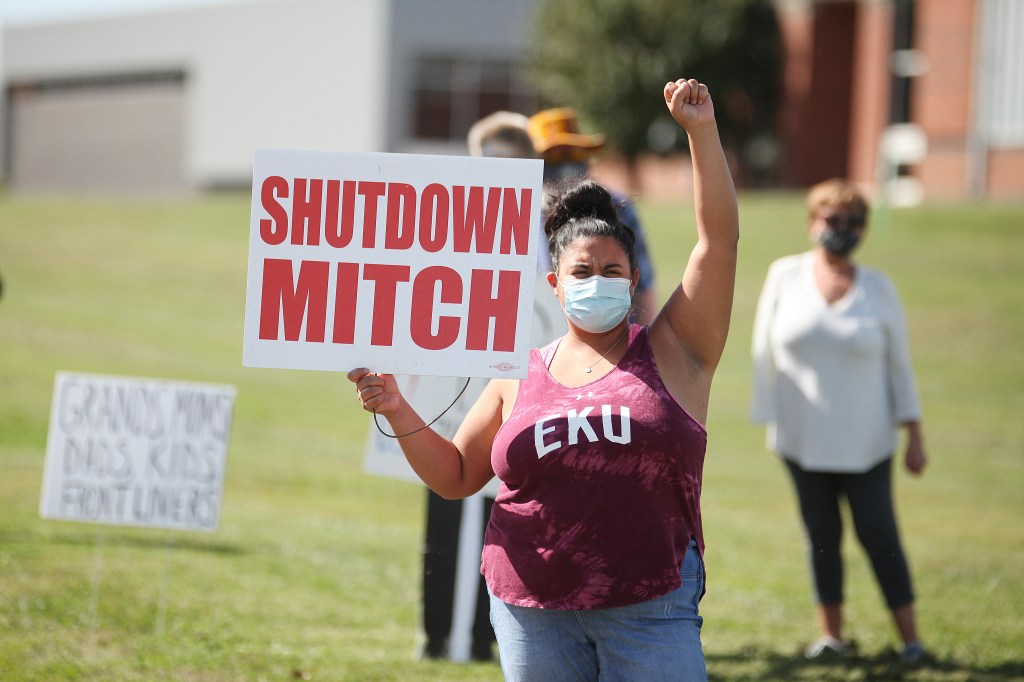 “We thought, let’s give him a nice greeting and let him know people are not real pleased,” said Julie Pease, one of the organizers of Indivisible Danville. “We want him to know that we are supporting both (Joe) Biden and Lt. Col. (Amy) McGrath.”

As they waited for the senator’s arrival, the group put signs along the road leading to the distillery entrance from the 127 Bypass. Others held signs high above their heads to share their messages.

“I’m here, and I want change,” said Vera Benthall, a Danville resident who held a sign that read “Shutdown Mitch.”

Others sat with signs as they waited, including Charlotta Norby, who held a sign and also wore an anti-McConnell T-shirt.

“I want to tell Mitch that I don’t like him,” she said. “We’ve tried to meet with him for four years, and he never wants to meet with us. He always sneaks in and out of town. Sometimes he meets with the Republicans. We tried to go to his office, and we even tried to go to Washington once and he wouldn’t meet with us. He always talks about, ‘I represent Kentuckians, and Kentuckians want this and that.’ We don’t want what he says we want. How would he know? He won’t listen to us.”

McConnell’s vehicle and another with some of his security and staff members inside passed the group on their way to the distillery and also as they left.