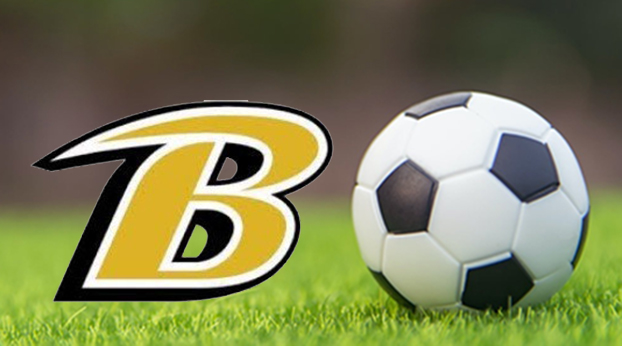 The Rebels and their coaching staff used that loss as fuel for the raging Rebel fire that was growing every week. First with a big win against Garrard, followed by a huge win at Lincoln, and now another big win against Mercer County in the regional quarterfinal.

Boyle County got started early, with senior Caden Ferrell slipping a through ball into senior forward Gabe Hodge who smashed a shot into the feet of the Titan goalkeeper.

Mercer then had its big chance, with a forward slipping past some Rebel defenders and finding himself with a one-on-one with sophomore goalkeeper Jack Little who extended his leg to the left and just tipped the shot away.

The next scoring opportunity came from a beautiful through ball from senior Caleb Sims into Hodge who took a touch forward and blasted against the left post and into the back of the net to give the Rebels a lead within 20 minutes.

Less than 10 minutes later, Ferrell nicked the ball away from a Titan defender who lunged for the ball, but only met Ferrell’s leg. The ref blew his whistle and awarded the Rebels a penalty kick.

Ferrell stepped up to the spot and buried his shot with power into the top righthand corner, extending the Boyle County lead going into halftime.

Mercer came out of halftime with some renewed energy so that it could continue their high pressing style and try to force the Rebels to make a mistake and turn the ball over in the back leading to an easy goal, but Boyle stayed strong.

After a few minutes of the press, the Rebels began to break through and create chances. They scored their third goal after a missed clearance by the Mercer goalkeeper leading to an open goal for Hodge who put it away and made it 3-0.

Hodge got his hat trick just a few minutes later, with a ball into the box finding his foot and him burying it into the corner of the net.

The Titans did get a consolation goal back after a cross and a slipped header across a slick surface into the corner of the net to cut the Rebel lead down to three goals.

Boyle responded well, with a clearance by sophomore defender Ben Reynolds slipping under the Mercer keeper’s feet and giving Hodge another wide-open goal and ultimately ending the contest.

The Rebels will play next against Pulaski County on Wednesday at Rebel Stadium in the regional semifinals.