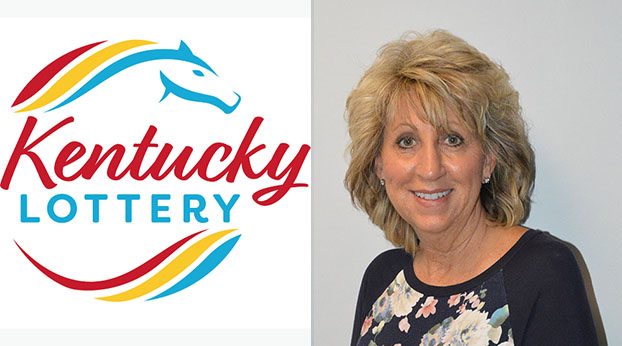 Rita Bailey recently won $100,000 on the Kentucky Lottery’s Break Fort Knox game. In 2007, she was a $1 million winner on the Million Dollar Draw game. - Photo by Jeff Moreland

Winning big in the lottery is a once-in-a-lifetime experience. But don’t tell that to Rita Bailey.

This Break Fort Knox ticket turned out to be a $100,000 winner for Rita Bailey of Perryville. – Photo by Kentucky Lottery

Bailey hit it big in 2007 when she purchased five chances at $10 each in the Million Dollar Draw, which was a new game at the time. This time, she was lucky on a $30 Break Fort Knox scratch-off ticket she purchased at Mr. Miser Food Mart in Perryville.

Bailey said she doesn’t usually play scratch-off games, but on this particular day, it was something she felt she was supposed to do. Her mother had recently become ill, and before she went into the store, she said she asked God to show her how she could help her mother.

“I prayed about this,” Bailey said after cashing her winning ticket. “I had been praying because I was so stressed. She needed financial help for sitters, and I just kept praying and praying. Then that day, before I went in the store, I prayed and I asked God to help me.”

When she first scratched the ticket, she didn’t think she had won anything. But to be sure, she had the store clerk scan it. The clerk told her the ticket was more than the store could payout. As she continued to examine the ticket, a man in the store asked if he could take a look at it.

“He said, ‘You didn’t scratch it all off. There’s your number right there,’” Bailey said the man told her. He pointed out that she had matched the number “3” on the ticket, and located directly below that was the $100,000 prize.

“I was just so excited knowing what I was going to use it for,” Bailey said of her winnings. “It was a great feeling just to know I can help her. She’s 87, and she’s been in the hospital, and now she’s back home. We have to have a sitter with her, and that gets expensive.”

After taxes, she received a check for $71,000. Mr. Miser Food Mart received a $1,00o bonus for selling the winning ticket.

Buying scratch-off tickets is not a normal thing for Bailey, but she does regularly buy Powerball and MegaMillions tickets in partnership with her co-workers at the Boyle County circuit clerk’s office. She said she has never been a winner with her co-workers. 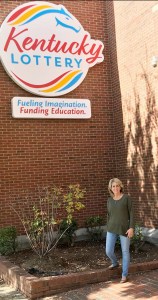 Perryville resident Rita Bailey poses outside the Kentucky Lottery headquarters in Louisville after cashing in her $100,000 winning ticket. – Photo submitted