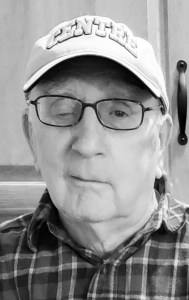 Bill was born October 17, 1929, in Columbus, Ohio, to the late Herbert and Virginia Agnes (Watkins) Sagar. He was raised in Gahanna, Ohio, and graduated from Gahanna Lincoln High School in 1947.

He then enrolled at Capital College in Columbus, where he studied science. After graduating, he attended Ohio State University where he earned a master’s and Ph.D. in organic chemistry. While at Ohio State, Bill met the love of his life, Dorothy A. Anthony. They were married February 14, 1953, in Cincinnati, Ohio.

After Bill obtained his degrees, they moved to Baton Rouge, Louisiana, where Bill worked for 3 1/2 years as a chemist for the Ethyl Corporation. In 1961, Bill was offered a professorship at Centre College in Danville. He was a full-time chemistry professor at Centre for 32 years, retiring in 1993. He continued teaching at Centre after his retirement until 2007.

He was a member of the American Chemical Society and was named an honorary member of Phi Beta Kappa. Bill was active in Danville’s Presbyterian Church where he was a deacon and elder. In service to his community, he was on the Salvation Army Advisory Board and was an active contributor to Habitat for Humanity and Meals on Wheels.

Throughout his life, Bill loved building things. During his working years, he filled his home in Danville with custom cabinetry and built bookcases and furniture for his children and grandchildren. After his retirement, he moved on to bigger projects, including building an addition to his daughter’s home and a gazebo in the backyard of his home.

Bill was preceded in death by his parents, Herbert and Virginia Agnes Sagar, his sister Ardella Shaub and two brothers, Robert, and Jack Sagar.

Private services will be held. Due to the current pandemic, a public memorial service will be held at a later date. Memorial donations in Bill’s memory are suggested to the Presbyterian Church or the Salvation Army. Online guestbook and Hugs from Home available at www.stithcares.com.