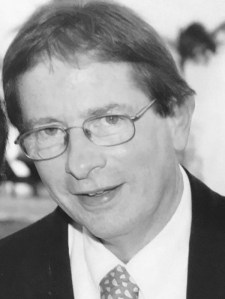 Edward H. “Bing” Walter, 75, died December 9, 2020 after a long illness. He was born March 14, 1945 to Edward H. and Lillian Bosley Walter of Danville. He graduated from Danville High School and Centre College where he was a member of Beta Theta Pi fraternity. He served a number of years as controller at Centre College. He was later named vice-president of Citizens National Bank.

Bing was involved in a number of clubs and organizations. He was the treasurer of the Danville-Boyle County Humane Society, a board member of the McDowell Foundation, and a past president of the Danville Country Club. He was a life-long member of The Presbyterian Church of Danville was he was a former deacon and church treasurer. Bing and Allison were avid University of Kentucky Wildcats fans.

He was married for 42 years to the late Allison Orendorf Walter. In addition to his wife, he was predeceased by two children Elizabeth and Matt Walter of Danville.

He is survived by a daughter, Julia Walter of Mount Pleasant, South Carolina; four grandchildren, Allie White of Truckee, California, Lilla, Annie Capers, and Townsend Walter of Danville; and a sister, Leslie Dedman of Harrodsburg.

A memorial service celebrating Bing’s life will be held at a later date due to the COVID restrictions. Memorial donations are suggested to Centre College or The Presbyterian Church of Danville. Online guestbook and Hugs from Home available at www.stithcares.com