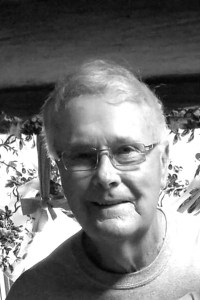 Elroy Adrian Griffin, 79, of McKinney passed away on Saturday, December 12, 2020. Born November 5, 1941 in Pulaski County, he was the son of the late Mitchell and Retna Todd Griffin. Elroy was a US Navy Veteran. He was a member of Green River Pentecostal Church and owned and operated Griffin Concrete Products and Griffin Excavating. He was very active in the community and loved to help others. He also enjoyed Tennessee Walking Horses and crappie fishing. Elroy was preceded in death by his wife, Pat Griffin and by six brothers and six sisters. He is survived by his daughter, Mechele (Gary) Watkins of McKinney; grandchildren, Gared and Gage Watkins; and by two brothers, Verlon (Ellen) Griffin of Moreland and Blaine (Mary Lou) Griffin of Eubank. There will be a drive thru visitation from 4-6 pm, Tuesday at Green River Pentecostal. Due to COVID 19, funeral services will be private. Pallbearers are Gared Watkins, Gage Watkins, Gary Griffin, Mitch Griffin, Ash Mosqueda, Anthony Saylor, Chris Griffin and Griffin Harness. Honorary pallbearers are Alphas Yocum, Ray Kersey, Kenneth Snow, and Orlis Sparkman. Burial is in Buffalo Springs Cemetery. Friends and family are encouraged to sign the guestbook at www.wlpruitt.com. The family would love for you to leave memories of Elroy on the guestbook. The service can be viewed on W.L. Pruitt Funeral Home Facebook site. Memorial Contributions are suggested to St. Jude Hospital.