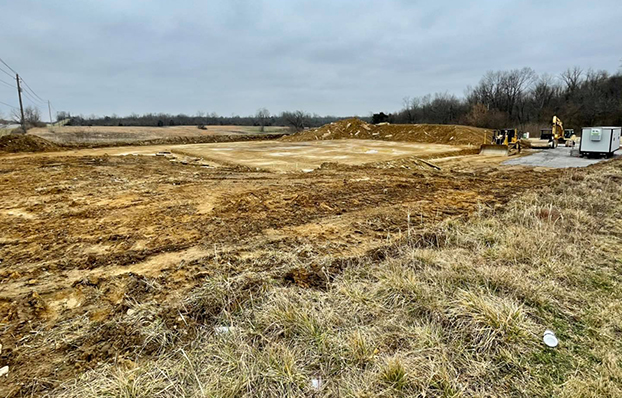 Asuka Japanese Steak House and Sushi began construction at its upcoming Danville location on the bypass this winter around the holidays. Jody Lassiter, president and CEO of the Danville-Boyle County Economic Development Partnership, described it as perhaps Danville’s most-anticipated restaurant or commercial business.

“We have had such an outpouring of excitement,” Lassiter said. “You can even go and look at the Develop Danville Facebook page. There’s probably been as much if not more interest in Asuka and when the construction was going to begin than any other restaurant or commercial business that we have ever heard from the community.”

Asuka has two other locations in Jessamine and Fayette counties. Danville’s location will be located on the bypass near Cattleman’s Roadhouse, Buffalo Wings and Rings and two nearby hotels that will be within walking distance of the restaurant. Lassiter said this is an attractive location for an incoming restaurant due to its proximity to the hotels and because he said it’s an up-and-coming commercial area on the bypass. He said he is excited the restaurant will bring more variety to Danville’s dining scene and that Asuka is a well-respected Japanese steakhouse and hibachi restaurant.

He said he doesn’t expect Asuka to be too competitive with Summer Hokkaido already in Danville, which he said a lot of people in the community are very fond of.

Lassiter said the introduction of Asuka will provide an additional cultural dining experience in the community for both citizens and visitors of Danville. In fact, he said at Denyo Manufacturing in Danville, visitors who come there from Japan and Japanese executives often travel to Nicholasville to dine at Asuka. Soon, they won’t need to since there will be an Asuka location in town.

The land for Asuka was purchased in 2019 and construction was planned to begin earlier in 2020, but construction was delayed. Lassiter said the hardships businesses continue to face during the pandemic may have factored into the delay, as well as a focus on the existing restaurants and keeping them open and successful before focusing on a new location.

He said he is thankful for the owner of Asuka Jian Lin’s investment in the community, especially during a pandemic. As for when construction is expected to be finished, Lassiter said it’s largely dependent on weather and other factors, but he said he hopes construction will be complete by October of this year.