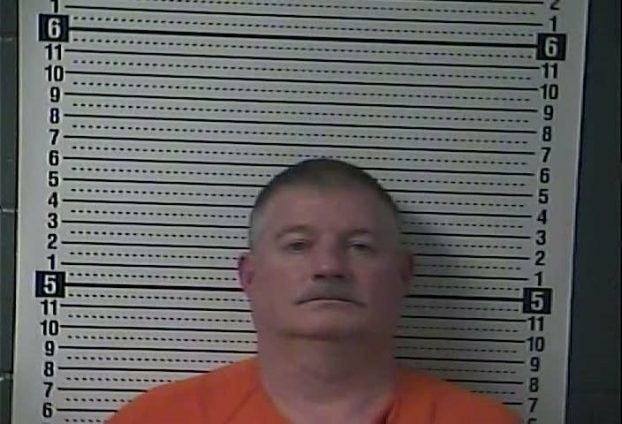 Perryville Police Department chief Parker Hatter reported on Jan. 22 that officer Larry Nunes conducted a traffic stop and discovered the driver had a warrant, according to a Perryville PD Facebook post. The incident turned into a chase when the driver fled.

The traffic stop was regarding a white Ford Ranger driven by Eric Jarboe. When Nunes discovered the warrant on Jarboe, he attempted to place Jarboe under arrest, but he resisted, according to the post. Nunes used his taser, but it was ineffective.

Jarboe got into his vehicle and “sped away” on Perryville Road toward Danville, according to the post. Then Hatter and the Boyle County Sheriff’s Office assisted Nunes in the chase. When it entered into Danville, the Danville Police Department managed to apply spike strips and puncture three tires on Jarboe’s truck.

Jarboe then pulled into a vacant lot adjacent to McDonald’s and was taken into custody.

Nunes was treated at the scene for minor injuries by Boyle County Emergency Medical Services.

Charges on Jarboe were:

• Driving with a driving under the influence suspension, second-degree

• Third-degree assault of a police officer

• Driving under the influence

The bond amount is $15,0000, according to the Boyle County Detention Center website.