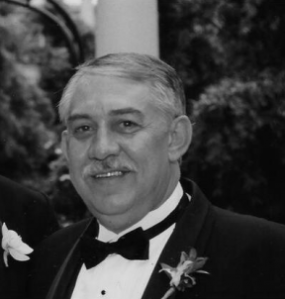 Terry Lee Wesley, 74, of Liberty died Friday, January 22, 2021 in Lexington, Ky. He was the husband of Suzanne Cooper Wesley. Terry was her best friend and the love of her life. Born August 5, 1946 in Argyle, Kentucky, he was the son of the late Thomas and Mary Hester Adams Wesley. He was a member of the Shady Grove Separate Baptist Church where he was a former deacon. Terry and his wife, Suzanne, were the former owners of Ron’s Market and S & T Market both in Liberty. He also was a former Vice President of Manufacturing with FKI Logistex in Danville as well as a farmer. In addition to his wife, he is survived by two sons, Trevor (Travis Bodner) Wesley of Moreland, Tracey (Cindy) Wesley of Midway, one sister, Patsy Clements of Liberty, and two granddaughters, Katherine Wesley of Midway and Paris Bodner of Moreland. Funeral services will be held Wednesday, January 27, 2021 at 11:00 AM at W. L. Pruitt Funeral Home, Moreland, Kentucky. Bro. Eric Douglas will be officiating the services. Burial will be in the Valley Oak Cemetery, Argyle, Kentucky. Visiting hours will be Tuesday, January 26, 2021 from 6:00 to 8:00 PM at the funeral home. Pallbearers will be Shelby and James Clements, Tracey and Katherine Wesley, Corey Pittman, Mike, Joe, and Richard Wayne Cooper. Expressions of sympathy are suggested to St. Jude Children’s Hospital, 501 St. Jude Place, Memphis, TN 38105. Online guestbook at www.wlpruitt.com.