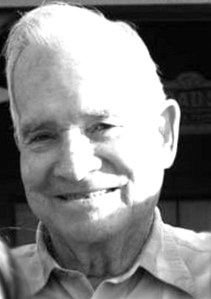 Lon Kenneth Gilbert, 91, of Danville passed away Friday, February 5, 2021 at the University of Kentucky Medical Center in Lexington, Kentucky. Born July 9, 1929 in Albany, Mississippi, he was the son of the late Warner and Kate Laird Gilbert. He was also preceded in death by his sister, Crystal Lesley and brother, Warner Gilbert Jr. who lost his life while in the Navy on the USS Indianapolis on July 30, 1945. He was a member of New Albany Baptist Church in New Albany, Mississippi. He is survived by his wife of 51 years, Alice Arnold Gilbert; daughter, Lonna Kay Gilbert of Lexington, KY; and three granddaughters: Nikki Schroeder of Nicholasville, KY, Alli Rogers of Wilmore, KY, and Lillian Kate Gilbert of Lexington, KY. He was a stepfather for 51 years to Jeff Curtis (Louise) and Mike Curtis, both of Danville, and step-grandfather to Clint Curtis (Brie) of Danville, Logan Curtis (Abby) of Georgia, and Shawna Howard (Jordan) and Brittany Curtis, both of Lexington, KY. He also had seven step-great grandchildren. He was an avid Danville Admirals football fan since 1983, you would see him along the fence-line at most home football games. He was a 20-year veteran of the United States Marine Corps, where he served in Korea, and two tours in Vietnam before returning to the States in 1970. He was a very giving man and gave the best advice. He stood as a father figure to many who knew him, especially his three granddaughters: Nikki, Alli, and Lilli Kate of which all three claimed to be his favorite. His lifelong advice to them was to “Keep on, keeping on”. He always spoke fondly of his children, grandchildren and great grandchildren and was very proud of all their accomplishments. A Celebration of Life for all friends and family will be held at a later date, when it is safe for all to gather together again. Burial will be at the Mausoleum at Danville Memorial Gardens. Guestbook available at www.wlpruitt.com.