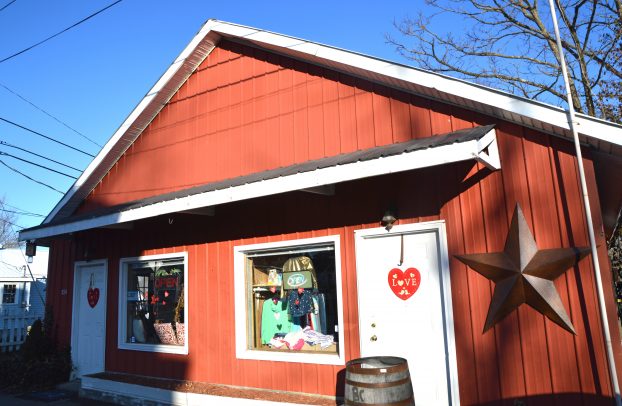 At a Perryville city council meeting Feb. 4, it was disclosed that the city had received a letter from the Kentucky Tourism, Arts and Heritage Cabinet that said since the city terminated its lease early on the two remaining Merchant’s Row properties located at 402 S. Buell St. and 406 S. Buell St., the Kentucky Heritage Council now owned the properties.

With two dissenting votes from councilman Adam Gray and councilman Steve Bailey, the council decided to relinquish the properties to the KHC upon recommendation from city attorney Justin Johnson. Councilwoman Kelly Gray was not present at the meeting.

“They’re not going to fight the Heritage Council over who owns these properties,” Johnnson said. “They made the decision … to transfer the title over to them.” 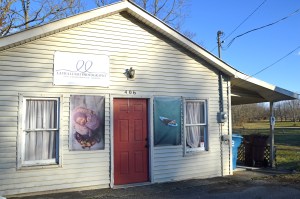 According to a lease with a 99-year term that began Sept. 1, 2001, the lease was between the city of Perryville, the lessor, and the Perryville Battlefield Preservation Association, Inc., the lessee, and pertained to the Merchant’s Row properties, two of which the city decided to keep in September 2020 and the rest of the properties it deeded to Main Street Perryville, Inc. last month.

In the conditions of the lease, it reads, “Upon the expiration or earlier termination of this lease, or should the Lessor unincorporate or should the Lessee dissolve or become a defunct corporation, title to the parcels of real estate shall immediately pass to and become vested in the Commonwealth of Kentucky ex. rel. the Kentucky Heritage Council or its successor.”

Additionally, because of the condition in the lease, Jones wrote that “This springing executory interest passed title to these two (2) lots to the Commonwealth of Kentucky as a matter of law with the ‘termination of lease’ letter.”

“The City of Perryville having relinquished its fee interest in these two (2) lots by virtue of terminating the lease prior to the 99 year expiration, the order for the current tenants to vacate the premises is ineffective.”

“Please also communicate to the city’s auctioneer that these lots are no longer going to be sold.”

The city had previously planned last month for the properties to be sold through a public auction.

Johnson said about a year ago and prior to the city’s discussions about selling the properties, he talked to the Kentucky Tourism, Arts and Heritage Cabinet’s previous counsel, Will Adams. In their discussion they spoke about the part of the condition in the lease about the properties transferring to the KHC should the PBPA become defunct. Johnson said it did not seem at the time that the KHC was interested in the title to the properties, even though the PBPA had transferred over its 501(c)(3) status as a nonprofit to Main Street Perryville, which MSP executive director Vicki Goode said it did since the organizations were in the same business of preservation.

Johnson said after the termination of the lease, still operating under the belief the KHC didn’t want title to the two remaining properties, he contacted the KHC to see if they would give the city something in writing indicating they were still not interested. However, that was when Jones sent the letter claiming the KHC owned the properties.

Johnson said when the deed transferring the first five properties to MSP was done Jan. 29, the lease was terminated for those five, but it didn’t appear the KHC was seeking to enforce their interest in those properties.

“Rather, they only sought to enforce their interest for the two properties the city was seeking to sell,” Johnson said.

Goode said she spoke to the KHC on Feb. 5 and found out since the city relinquished the properties to KHC, MSP could retain the use of the buildings and continue to manage them and rent them out to tenants.

She said when it comes to the fact MSP will continue to manage the buildings, “we’re thrilled to death with that because we still are able to rent those buildings, and that’s income for Main Street Perryville, and that money is what we use to do repairs and restoration on buildings — the rent that we receive from buildings.”

Gray, one of the councilmen who opposed relinquishing the properties, said he opposed because, “I don’t feel like government should be able to send you a letter and just say they’ve taken over your property.”

He said he was opposed to giving any of the Merchant’s Row properties to MSP in the first place, because he said to him it was a significant monetary asset the city just gave away. He said the money could have gone toward a fire truck, for example. Fire chief Anthony Young mentioned at the Feb. 4 meeting that the city only has one fire truck, and it was old and currently down for repairs.

“That just wasn’t a good use of those taxpayers’ — not their money, but their property,” Gray said about the giving of the properties to MSP.

He said the easements on the properties, since they are historical buildings, would have stayed on them no matter who owned the properties and no matter if the city sold them or not and said the city had intended to sell the properties initially as a way to generate city revenue. He said he is frustrated with the state for staking claim over the properties.