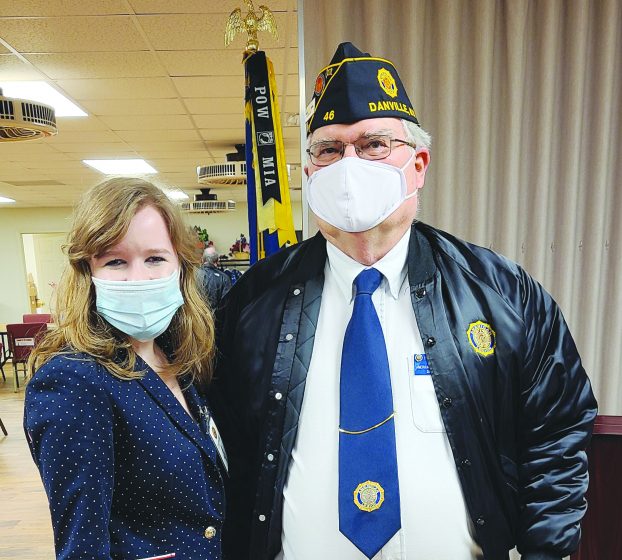 A Danville High School senior, Alexis Weathers, won the Kentucky Area B Oratorical contest, which was held at Post 34 in Lawrenceburg on Sunday.

American Legion Boyle Post 46 supported her and supports youth programs, one of which is the American Legion Oratorical Contest, a national competition all 50 states participate in, and the competing participants can win tuition money, said Tony Cromwell, commander of Boyle Post 46.

The Legion divides Kentucky into three areas: A, B and C. Each area consists of different districts, which consist of different posts, he said. Boyle Post 46 is in district eight of Area B.

At the Area B contest on Sunday in Lawrenceburg, Weathers, who Cromwell said has gained her speaking skills by being part of the DHS forensics program and with help from her counselor Beth Marlowe, won after competing against three other candidates.

“As the winner, she collects the Post 46, District 8, and Area B tuition awards,” Cromwell said.

On March 7, Weathers will compete for the Department of Kentucky Championship. Because the national contest was canceled, the American Legion is adding a $5,000 tuition award to the winner of each state championship, Cromwell said.

Encompass Financial Advisors LLC and its owner, Mike Perros, are being sued by a Danville woman for allegedly allowing unauthorized... read more