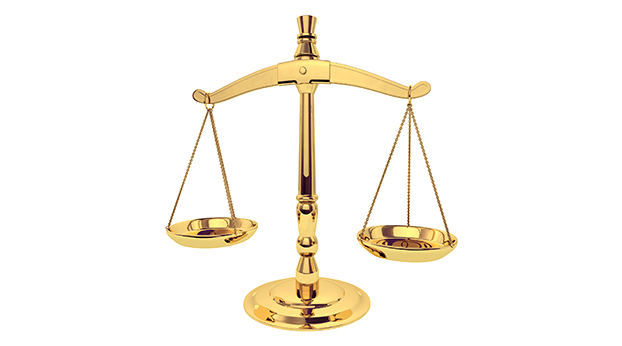 A second lawsuit within one week alleging illegal financial actions and theft by the late attorney, Matt Walter, has been filed in Boyle Circuit Court.

Sharen Huffman and Shelia Brewer, individually and as executors of the Bessie Strom estate, claim in the suit that Walter had taken thousands of dollars from the estate by “fraud, misconduct, theft and mis-appropriation.” The suit is filed against Helton, Walter & Associates, now known as Helton Law Office, and Walter’s widow, Audrey Walter, as executor of his estate.

Recently, Audrey Walter sued Mike Perros and his business Encompass Financial Advisors LLC for allegedly allowing her husband unauthorized access to, and depleting her personal financial accounts and that of her children over the course of several years.

According to the most recent lawsuit, Matt Walter was appointed as Strom’s executor on Sept. 9, 2019, while he was a “member or partner” of Helton, Walter and Associates (HWA). The suit claims Huffman and Brewer retained the services of Walter and HWA to probate Ms. Strom’s estate, which then “performed legal services for plaintiffs in their capacity as beneficiaries of Ms. Strom’s will and were compensated for said services. Plaintiffs were under the understanding and belief they were being represented by HWA and Walter.”

On Feb. 17, 2020, Walter took his own life. On Feb. 24 the lawsuit states Ephraim Helton, as a member of HWA, met with Huffman and Brewer and told them he had found out that Walter had stolen money from them and the estate.

That’s when “… the following facts were learned by the plaintiffs regarding fraud, misconduct, theft and mis-appropriation perpetrated by HWA and Walter…” according to the document.

“Monies were misappropriated and or stolen by Walter and HWA … which on information and belief, were initiated by Walter.”

It alleges at least six checks totaling $35,229.06 from the Strom estate account were written to HWA “… which were not owned nor were the property of HWA, Helton or Walter.”

The document also claims, “Walter and HWA failed to deposit funds from the sale of certain assets into the Strom Estate checking account.”

It adds more “unlawful and fraudulent conduct … may be determined via discovery, and may exceed $70,000.”

The lawsuit claims the plaintiffs are entitled to compensatory and punitive damages due to the defendants’ actions of “negligence, gross negligence, fraud, theft, malfeasance, misfeasance and mis-appropriation, violation of fiduciary duty, civil conspiracy, and a violation of the Kentucky Consumer Protection Act.”

When asked for a comment on the lawsuit, attorney Ephriam Helton of Helton Law Office, said he had nothing to hide and was shocked when he first discovered Walter’s illegal financial transactions concerning the Strom estate just days after Walter’s suicide.

“We did not share cases and I did not monitor his cases,” Helton said. They also didn’t employ the same secretaries.

“I had no knowledge, nor could I have had any knowledge of the (Strom) estate.”

“We were never a true partnership,” Helton said. “We shared office expenses. We never shared income.”

Helton explained that Walter was acting as the estate’s executor, not as an attorney. Only an executor of an estate can write checks on the estate account, Helton said. “Nobody would have ever had access, only Matt Walter,” whom Helton said was a “dishonest executor.”

Audrey Walter said immediately after her husband’s death was when she began learning about the money he had taken from not only the Strom estate, but from her and her children’s accounts as well.

“I knew nothing. I didn’t suspect anything. I was a stay-at-home mom.”