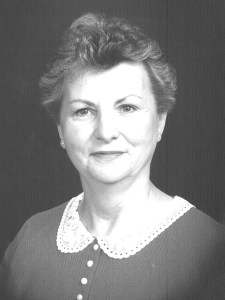 Billie Lou adopted an early love of music and started singing at a young age. She graduated from Lafayette High School in 1950 and was married to the late Billy Goggin for 61 years.

In 1973 Billie Lou graduated as a Registered Nurse from Eastern Kentucky University and when taking her nursing boards exam, she scored the highest in the state. Billie Lou worked at James B. Haggin Memorial Hospital and Ephraim McDowell Hospital. She later became Director of Nursing at Harrodsburg Healthcare Manor. Billie Lou also taught classes at The Danville Nursing School in Danville, Kentucky and helped to educate the public on diabetes and glucose while employed with Leake Pharmacy.

Billie Lou was also passionate about skin care and was a Mary Kay consultant from 1982 until 2021, when she was 88 years old. She was also a member of the Danville Garden Club, Bridge Club, the Kentucky Angus Auxiliary, a longtime 4-H leader, and sold dresses and other clothing for Doncaster. Billie Lou was strong in her faith and was a long time member of the Presbyterian Church of Danville where she enjoyed singing in the choir for many years.

Billie Lou cared deeply for her pets, Rebel and Sky, and helping others through her career as a nurse.

The funeral service will be held at 1 p.m., Wednesday, March 10, 2021 at The Presbyterian Church of Danville. Reverend Caroline Kelly will officiate. Burial will be in Bellevue Cemetery. Visitation will be from 4-8 p.m. on Tuesday, March 9, 2021 at the church. In lieu of flowers, memorial donations may be made to the Danville-Boyle County Humane Society, Freear’s Hope at Commonwealth Cancer Center or The Presbyterian Church of Danville. An online guestbook and Hugs from Home are available at www.stithcares.com.