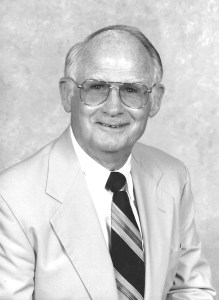 John Coleman “Jack” Pattie met his Lord peacefully at his home in Danville KY on March 9th, 2021. He was born in Frankfort, KY on January 11, 1927 to Jane Schermerhorn and Coleman Daniel Pattie and was the youngest son of a youngest son of a youngest son. He graduated from Frankfort High School and joined the Navy at 17. He proudly served his country in WWII from 1944-46 on the USS John Rodgers in the fire room as a WT3C. His “Tin Can Sailor” shipmates were like brothers to him. He began his career with South Central Bell in 1947 as a lineman. One day he saw Helen Tudor, the most beautiful girl he had ever seen, walk into the Western Union in Frankfort and eventually figured out a way to meet her. Jack was reactivated for service in the Korean War on the USS Eaton from 1951-52, but they finally married in Jeffersonville IN while he was on leave on April 25, 1952. They were married for 68 years. After his tour, he returned to South Central Bell as a Field Engineer for almost 40 years. He continued to work with Bell as a contractor for a few years after retirement, and loved to stay busy by painting houses and driving for Enterprise with friends. He served Centenary United Methodist Church as a board member, Sunday school teacher, a choir member, softball coach, and greeter, teaching the younger generation the importance of a firm handshake. He was a 70-year Mason as well. Jack came from a long line of tenors and loved harmonizing with his barbershop quartet. More than anything, in all aspects of his life Jack loved to laugh and make others laugh by poking fun at them, the situation, or himself. No one and nothing was off limits. Jack leaves behind his daughter Susan Cieply (Jeff); two granddaughters Kara and MaryClaire Cieply; nephews Russell (Miko) and Jack (Julie) Pattie and niece Maribeth Moody. He was preceded in death by the love of his life Helen Pattie, his brother William Richardson Pattie, sisters Mary Jane Polsgrove and Margaret Phenton Patterson, and infant sister Sallie Pattie. A special thank you to friends: Joyce Townes, Faye Best and Penny Ahnquist, and caregivers: Georgetta Smith, Hope Bishop, Dorothy Walton, Sue Davis, and Delona Alford; Dr James Duncan and Heritage Hospice. In lieu of flowers, donations to the Pruitt Sunday School Class at Centenary United Methodist Church, 1441 Perryville Rd Danville, KY 40422 would be appreciated. Visitation is 10am-12pm, Monday at Centenary United Methodist Church in Danville. Funeral Service will be at 12:30 pm, Monday following visitation. Burial is at Camp Nelson National Cemetery. Honorary Pall bearers are the Pruitt Sunday school class. Pall bearers are Russell Pattie, Chris King, John Thomas Bradford King, David Bradford, Judy Jackson, and John Bradford. Guestbook is available at www.wlpruitt.com.