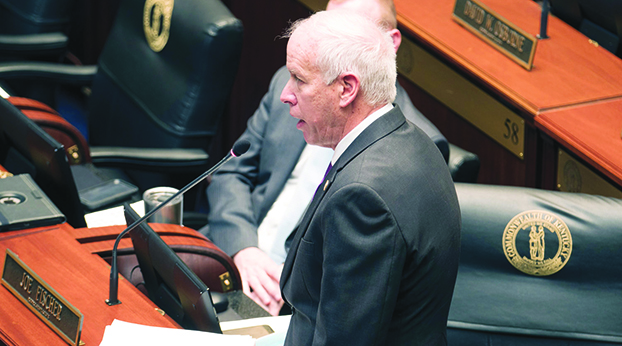 House Bill 91, sponsored by Rep. Joseph Fischer, R-Ft. Thomas, contains a one-sentence-long statement: “To protect human life, nothing in this Constitution shall be construed to secure or protect a right to abortion or require the funding of abortion.”

He noted that abortion advocates in nearly a dozen states were able to get state court systems to say their constitutions gave that implicit right, although several states have since enacted similar constitutional amendments to the one he is proposing.

Addia Wuchner, a former northern Kentucky lawmaker who now serves as executive director of Kentucky Right to life, spoke in favor of the bill.

“It ensures that the lawmakers of this commonwealth are who make the laws that protect the lives of women and their informed consent, as you have passed laws in the past,” she testified. “It protects the rights of the unborn, the human rights of the child, and assures that right and the right to pass those laws are with you, the duly elected people of the Commonwealth of Kentucky.”

The bill, which cleared the House 76-20 last month, was approved 9-1 by the committee, and now heads to the Senate floor for consideration. If it wins final passage there, it would then go on the ballot for voters to consider in November 2022, since there are no elections this year in Kentucky.