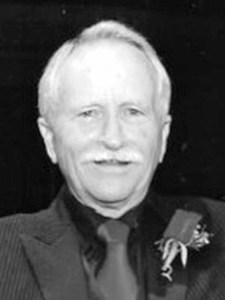 Steve was born December 24, 1944, in Tampa, Florida. He was the son of the late Louis and Martha Jones Amsler. He is survived by his spouse of 42 years, Debbie Richardson Amsler, of Lancaster. Steve is also survived by his daughter Kristyn, his son-in-law Joseph Isaac, and one grand-daughter, Vivian Elena Amsler Isaac.

He is also survived by one brother, Stan (Brenda) Amsler of Brandon, Florida, and a niece, and was preceded in death by one brother, Burt Amsler (Lynn Amsler-Erskine) of Mount Dora, Florida.

Steve leaves behind two sisters-in-law, Pam (Tommy) Cornelius and Sherrie (Kenny) Johnson, numerous nieces, nephews, great-nieces and great-nephews, and a mother-in-law, Gladys Richardson, all of Lancaster. He was preceded in death by his sister-in-law, Cindy Gilliam.

Steve graduated from University of South Florida in 1969 with a Bachelor of Science in Engineering degree, and during this time, served an internship at National Aeronautics and Space Administration (NASA), in Merritt Island, Florida. He worked as an Aerospace Engineer from 1964 – 1972 during Apollo/Saturn, Titan, Minuteman and military launches. He was a member of the Launch Team for Apollo 11, coordinating data from the launch pad to Launch Control engineers.

He was employed as the National Sales Manager of Ceramichrome, Inc. in California and Kentucky, and later as the General Manager of Harney Manufacturing in Thonotosassa, Florida. In later years, he was the owner of SDK Apparel and Promotional Products in Lancaster, Kentucky.

Steve was an active member of his community. He served as an altar boy at St. Cecilia’s Episcopal Church in Tampa, and later, a volunteer firefighter, a member of the water rescue and emergency rescue teams, and a member of the Jaycees. While in Kentucky, he was a member of Kiwanis Club of Danville, serving as President in 2007 and as Lt. Governor of Kiwanis International Division 13 KY-TN District from 2009-2012. He was also a member of Danville/Boyle County Chamber of Commerce and Central Kentucky Fly Fishing Club and volunteered for Salvation Army, Heart of KY United Way and Big Brothers/Big Sisters.

Visitation will be held at Ramsey-Young Funeral Home in Lancaster, Kentucky from 5:00 p.m. – 8:00 p.m. on Friday, March 19, 2021. In accordance with state mandates, facial coverings and proper social distancing is required to attend. In lieu of flowers, the family requests donations may be made in memory of Steven Douglas Amsler to Kiwanis Club of Danville, P.O. Box 746, Danville, KY 40423-0746.

Friends and family may leave special memories or condolences at his tribute page at www.ramsey-young.com