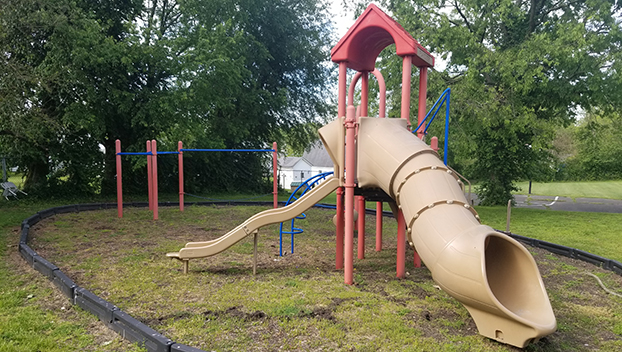 The Danville City Commission unanimously approved the acceptance of the Land and Water Conservation Fund Grant the city applied for in 2020 during a commission meeting Monday evening. The full amount of expenditures, $250,000, will be part of the budget for upcoming fiscal year 2022, half of which will be paid by the city and the other half reimbursed to the city by the grant.

The LWCF grant application proposed funding for three locations within the park system: in Jackson Park, to restore a dilapidated playground, “create new ADA-compliant playground space” and restore fields for softball and baseball use, especially for under-served populations identified in the city’s parks master plan; in Cowan Park, to restore a dilapidated playground; and in Millennium Park, to make an existing playground ADA-compliant.

Kirchner also said the Alliance has worked to fund its trail system through grants, construction on a segment of a trail along Ky. 2168 is expected to be complete in a few weeks, and the Alliance is hoping for sufficient funding to connect trail segments in that area safely to surrounding roads in the next couple of years. The Alliance and partners are also working on safety features, kiosks and signs on county trails.

In the LWCF application Kirchner stressed there’s a difference between “accessible” and “inclusive” when it comes to spaces, including parks and playgrounds. She defined “accessible” as spaces that can be reached or entered and “inclusive” as “broad in orientation or scope; encompassed all services.”

She wrote that though “we have accomplished what is required by law, we acknowledge we need more inclusive play spaces to serve every member of our community. For example, when ADA standards are met some playgrounds include features like accessible swings, but the rubber mulch surface below (which is ADA compliant) makes it impossible for a child in a wheelchair to get there.”

Additionally, Kirchner pointed out the number of people in the age group 65 and older is increasing in the U.S. and in Danville. In Danville, the population was 16% in 2010 but is expected to increase to be more than 22% by 2022, she shared in census data in her application. Thus, she shared the increasing need for facilities and programs to keep people in this age group active.

She also highlighted demand for universal access, one example being to add textured edging on trails to make them more accessible for people who are visually impaired, and “fragrant plants and sensory gardens and interactive displays” to enhance their experiences.

When it comes to field restoration in Jackson Park, she wrote in the application that “the two ball fields at Jackson Park used to be the center of the ‘ball-playing’ for Danville,” but there was a population shift and development of Millennium Park, leaving the fields not used as much as they once were. One field has continued to be used regularly by youth softball teams, but the other field has become unkept.

However, she wrote, “Danville is experiencing another shift in population that is drawing attention back to this park, and the surrounding neighborhoods. The fields at the centralized Millennium Park can no longer meet the needed requests for the combination of practice and game fields. The former Jackson Park field location is a perfect example of how a former space can be revitalized through a renovation and provide much needed space for youth baseball, softball and T-ball.”

So, proposed renovations are that the backstop will need repairs, and side protective fencing and player seating will be needed. Additionally, infield will need grass overgrowth removed and additional soil mix, she wrote.

The plan is, with the application in mind, to implement some of these ways to improve accessibility and inclusivity to community parks with the $250,000, and $125,000 will be reimbursed to the city through the grant provided the city follows conditions outlined by the Commonwealth of Kentucky Department of Local Government.

Kirchner also shared some past and recent developments to trails in the county, with a focus on the one along Ky. 2168.

For history of the trail, she said when the Ky. 2168 extension was constructed in 2010, the Kentucky Transportation Cabinet added the multi-use trail. The Alliance was also “gaining momentum at that time.”

“The Alliance has since worked to fund nearly the entire trail system through grants,” Kirchner said in an email. “This is one of the first grants we received. It is a federal grant from the Transportation Alternative Program (TAP).  With the leadership of the Boyle County Fiscal Court and significant work done by Mary Conley and Duane Campbell it has been a success. Their support for this effort was critical. We were awarded the grant in 2016 for approximately $270,000.”

Conley is a recently-retired county treasurer, and Campbell is the county engineer.

The section of trail was also part of a broader plan to move people “safely” to Gentry Lane and Bluegrass Pike, Kirchner said.

“The beauty there makes it a very popular destination for bikers and runners,” she said in the email. “Phase 2 will connect the end of this current segment (ends at railroad crossing) to Gentry Lane. We hope to have that in place by 2023, but it largely depends on funding. The segment currently under construction should be complete in a few weeks.”

Signage and safety improvements are also in the works.

Kirchner said a lot of the developments within the trail system are thanks to partnerships and volunteers.

“As land and funds became available we seized the opportunity,” Kirchner said. “That has related in parts that ‘disconnected.’ We are always looking to address that and adding some sort of caution on Stanford Road is a priority. To cross from Clark’s Run Trail to the Henson Trail (and then to East Main) we must provide a safe crossing. We are working with KYTC to figure it out.”

As for signage, the newest addition will be at Woven Wire Mountain Bike Park at the end of Techwood Drive. The Alliance has also had “the great fortune to partner with Eagle Scout, Gabe Harper,” Kirchner said. Harper has raised money for, designed and built two new kiosks for the Alliance, one located approaching and parking on Techwood Drive, and the other about halfway through the trail, where there’s an opening to Clark’s Run, Kirchner said.

Additionally, Kirchner said the Alliance was a contributor to the parks and recreation master plan, doing public meetings and focus groups, and the trails they create are in reference to the map in its final project document. The Alliance has also contributed to the downtown master plan through focus groups and other contributions.

“We added downtown connectivity to the previous map,” she said. “Our hope is to be involved in the developing the Walnut Street corridor. This also includes, in partnership with K(entucky) S(chool for the) D(eaf), a park area, trailhead and a focus of African American Historical interpretation. It could be transformative for downtown.”

The Alliance also has other trails and projects in development. Visit the Danville-Boyle County Trails Alliance Facebook page for updates.