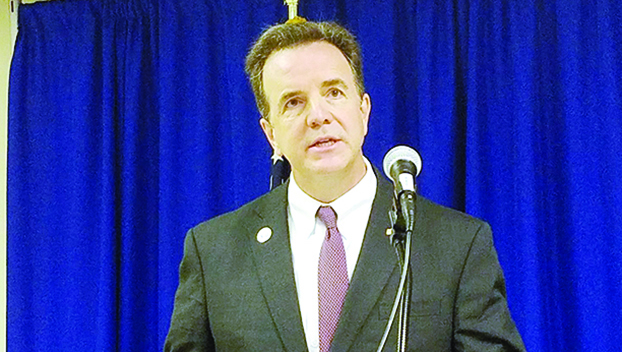 According to the SSWAK, as it’s known, Kentucky spent more than $17.5 billion in cash and noncash awards received from the federal government in Fiscal Year 2020, an increase of $4.7 billion from the previous fiscal year. The audit identifies $670.7 million in questioned costs, including $665 million in unemployment insurance benefits paid out by the state during Fiscal Year 2020.

“The $665 million in questioned costs stems from the Office of Unemployment Insurance’s decision to implement an auto-pay system, which failed to ask key eligibility questions before issuing UI payments,” Harmon said. “The amount represents the total paid in traditional UI, and two federal pandemic UI programs, during the time auto-pay was in effect. We aren’t saying the entire $665 million was wrongly paid, only that there were no controls in place to properly determine and certify claimants’ eligibility, which is a violation of federal law. At this point, auditors could not precisely determine the exact amount that was either overpaid or still owed to claimants.”

As mentioned in Volume One of the SSWAK, auditors looked at claims of 37 state employees who had filed for and received UI payments, totaling nearly $117,000. Some of these employees filed for the loss of part-time jobs despite still being employed full-time by the state.

Additional reviews by auditors found that at least 10 employees of OUI, who had the ability to make changes in the system, had accessed their own UI claims within the system. The employees accessed their claims despite receiving training that instructed them not to do so.

Harmon noted, “While thousands of Kentuckians tried to call or email seeking help about their own claims to no avail, employees within OUI could freely check and possibly even make changes to remove stops on their own claims. Given the more than 400,000 unread emails we learned of previously, this finding only adds to the frustration of those who have waited months for assistance.”

This finding will be referred to the Office of the Attorney General.

The governor’s office has not yet responded to a request for comment on the auditor’s report.