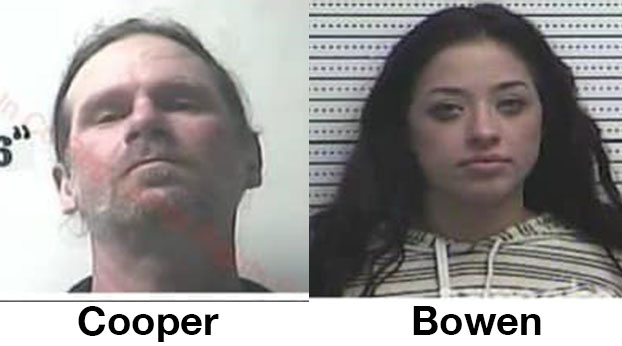 An attempted traffic stop by Boyle County Sheriff’s Office deputies turned into a pursuit that went through two other counties.

BCSO K9 Deputy Tanner Abbott and Deputy Brett Simpson attempted to stop a vehicle on Lexington Road in Danville. The vehicle did not stop, and continued turning onto 2nd Street and fled from the deputies through several streets in Boyle County and made its way into Garrard and Jessamine counties.

As it fled, the vehicle ran stop signs and red lights. While on Main Street in Nicholasville, Deputy Abbott and Garrard County Police Department Officer Willard observed the driver tossing items out the window of the vehicle before it came to an abrupt stop in front of Officer Willard, causing him to collide with the vehicle.