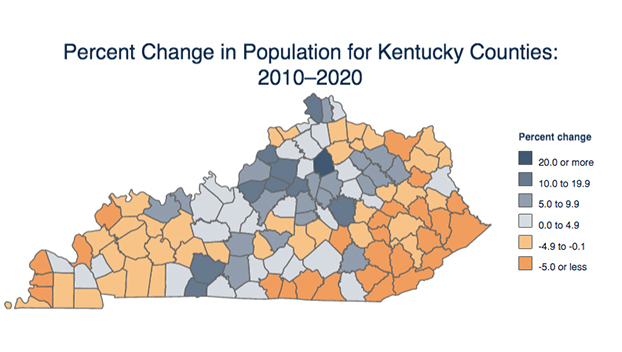 Boyle County is now ranked 34th in the state of the most densely populated. Muhlenberg County has just about 300 more residents than Boyle, and Knox County has about 420 fewer residents.

The 2020 Census counted every person living in the United States and the five U.S. territories. It marked the 24th census in U.S. history and the first time that households were invited to respond to the census online.