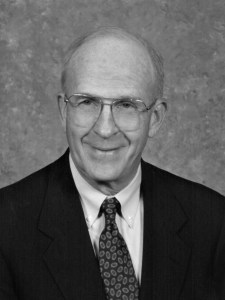 William Irvine Fox, Jr., 86, of Danville, died on September 29, 2021. A native of Danville, he was the son of the late William Irvine and Florence Ragsdale Fox and the stepson of the late Clarice Harmon Fox. A graduate of Danville High School, he attended Georgia Tech where he was a member of Sigma Chi Fraternity. He graduated from Georgia Tech with a degree in Civil Engineering and a commission in the U.S. Army. He served in the Army’s 82nd Airborne Division as a helicopter pilot. He continued as a helicopter pilot, while serving in various command and staff positions with the Kentucky Army National Guard. His assignments in the National Guard included Commander of the 441st Medical Detachment (Helicopter Ambulance), Commandant of the Kentucky Military Academy, and Commander of the Aviation Brigade, 35th Infantry Division. He retired as a Colonel with over 31 years of service in the U.S. Army and the Kentucky Army National Guard and with over 30 years as a U.S. Army helicopter pilot. He was a Professional Civil Engineer and a Certified Residential Real Property Appraiser. He was associated with Caldwell Stone Company, Danville, for several years. He was also co-developer of Charleston Greene Townhouses in Danville and was a real estate appraiser in Boyle and surrounding counties.

Mr. Fox was a Director of Central Kentucky Federal Savings Bank for 35 years and served as Chairman of the Boards of the Bank and the parent company, CKF Bancorp, Inc., for 10 years. He was a Deacon and an Elder of the Presbyterian Church of Danville. He had served as Treasurer, Clerk of the Session, and Co-Chair of the Building Committee for the 1996 addition and renovation. Mr. Fox was Past President of the Kiwanis Club of Danville, a Life Member and Past Chairman of the Advisory Board of The Salvation Army of Danville, and Past Chairman of the Ephraim McDowell Regional Medical Center Board of Trustees.

He was the husband of the late Hazel “Jone” McKenney Fox. He is survived by three children: Deborah Lynn Fox Anderson and her husband, Cliff, of Danville; William Irvine Fox III and his wife, Karen, of DuPont, Washington; Charles Franklin Fox and his wife, Michele, of Atlanta, Georgia; and by four grandchildren: Carrie Elizabeth Fox and Kendall Corrine Fox of Eugene, Oregon; Jackson Hanley Fox and Peyton Anne Fox of Atlanta, Georgia.

Services will be held at The Presbyterian Church of Danville at 2 pm on Saturday, October 9, 2021, with the Reverend Caroline M. Kelly officiating. Private burial will be in Bellevue Cemetery. Visitation will be at Stith Funeral Home, Danville on Friday, October 8, 2021, from 4 to 7 pm.

Memorials may go to The Presbyterian Church of Danville or to The Salvation Army of Danville. The online guestbook and Hugs from Home program are available at www.stithcares.com