Bourbon Chase will bring business to Boyle; relay race will pass through Oct. 15-16 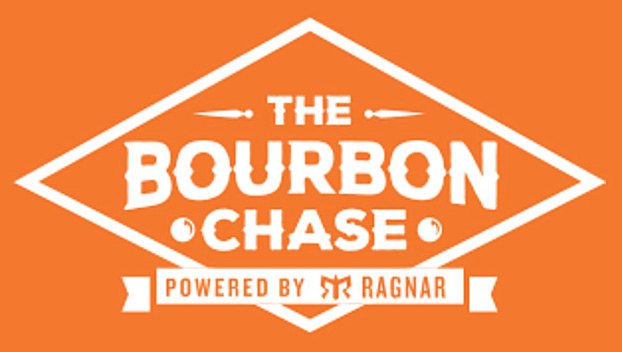 The Bourbon Chase, an approximately 200-mile running relay across Kentucky, is back for 2021 and will be weaving its way through Boyle County, following the Kentucky Bourbon Trail.

The event will take place Oct. 15-16. It starts in Bardstown and ends in downtown Lexington.

Registration is now closed, as due to COVID-19 restrictions, the event is at its capacity, according to Ragnar’s website. Ragnar helps coordinate the Bourbon Chase.

Board Chair of Heart of Danville AnnYager McCrosky said the route in Boyle County has five total exchanges. The relay comes in through Perryville, goes to Wilderness Trail Distillery, crosses through downtown Danville and takes a few other twists and turns throughout the county. As far as the Heart’s role in planning for the event, she said the organization has been helping downtown businesses prepare, like making sure the city will shut down Main Street so runners can run down the street, not the sidewalks, that way restaurants can keep their outdoor seating on the sidewalks.

For local businesses, McCrosky said, “It’s great, because it’s our single biggest night of the year, but it’s also amazing because we have a lot of people who come back throughout the year because they were here for Bourbon Chase but they didn’t have enough time to explore or they were too tired, so we’ve actually had a lot of the runners come back over the years and visit.”

Later, she said, “It’s really neat to find out where everyone’s from and to get to meet all the runners.”

The event typically attracts between 3,000 to 4,000 people over the course of about six hours, she said. Runners are in teams of six, so in the past businesses have prepared for tables of six, grab-and-go food orders, buffets and other methods for the large numbers of people, including drivers who operate vans to take the runners around.

She said the CVB has been helping coordinate with Perryville, and the city of Danville has plans for outreach to ask people to volunteer in directing runners and cheering them on.

“It’s really been a joint effort between everybody, between the Heart downtown, the CVB, and the city to make sure that we provide the best experience possible for the runners and their teams, the drivers,” she said.

McCrosky said for the timeline for Danville, the first runner is projected to arrive at the exchange in downtown Danville at 5:30 p.m. Friday, Oct. 15, the peak number of runners should arrive at 7:45 p.m. and the last runner should come through at around 10:30 p.m. That’s about an hour and a half to two hours earlier than previous years, she said. Runners will likely be in town until around 1-2 a.m. on Saturday morning. The Bourbon Chase didn’t happen in 2020 due to COVID-19.

“The great thing about Bourbon Chase is that Ragnar really helps with the protocols and precautions and all that kind of thing for the race, so it also feels very safe,” McCrosky said about the Bourbon Chase coming up this year.

For Perryville, Executive Director of Main Street Perryville Vickie Goode said since the bridge over Chaplin River currently has only one lane open due to construction, Perryville has decided to reroute the runners; however, drivers will cross the bridge as usual. The runners will come down Hwy. 150 to Fourth Street, go in front of the school and run down Fourth to Buell Street, make a left and run to where the footbridge is, cross it, go out on Third Street and over to Bragg Street.

She said runners will be in Perryville on Oct. 15 around 1:30 p.m. and should be finished in Perryville by around 9:30 p.m. There will be food vendors set up, including Salted Honey Cafe, which now serves alcohol and has a full bar, there will be music, and antique and other shops will be open later for visitors to enjoy.

Goode is hoping some early arrivals check out Perryville Battlefield, and she, like McCrosky, noted that sometimes the Bourbon Chase brings people back to town later to shop and explore. And now, Perryville has three Airbnbs where people can stay the night, she said. Tourists can complete the Bourbon and Civil War Trails.

“So it’s a big draw for the tourists that come in with the race and the actual runners, and we’ve had several come back year after year to visit,” Goode said.

The event is also great for business and brings lots of new faces into the community, she said.

“Perryville swells to a population … to probably 4,500 people at one point in time during the race, because I mean, it’s packed. And we love it.”