Fire at Landmark of Danville causes evacuation of residents 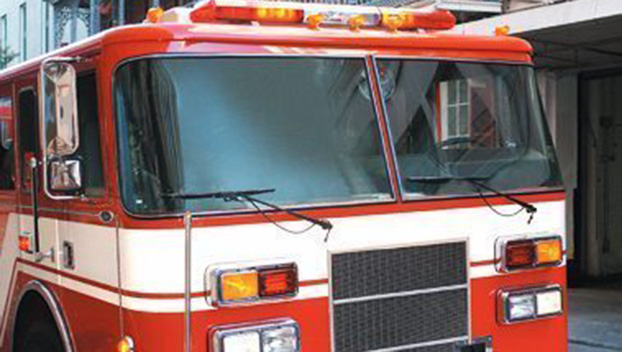 A fire in one of the back wings of Landmark of Danville Rehabilitation and Nursing Center on Sunday led to evacuation of the building and seven total residents and employees transported to the hospital.

There were no life-threatening injuries, but the people transported had been subject to smoke inhalation, said Danville-Boyle County Emergency Management Director Mike Wilder. He said all the residents were evacuated with no major issues.

Danville Fire Department Chief Doug Simpson said the dispatch to a structural fire at 203 Bruce Court, the address of Landmark, came at 9:05 a.m. Sunday morning. A sprinkler in one of the back wings had gone off. “But the sprinkler system did do its job and knocked the fire down,” Simpson said. “There was just little flames when we got there, but most of the issues were dealing with smoke.”

He said the seven individuals transported were taken to the hospital via Emergency Management Services, and the fire department also received help from the Boyle County Fire Department, “Which we really appreciated.”

He said there was no structural damage, but there was a lot of smoke, and some damage was done to the origin of the fire area.

Wilder said when the call was first dispatched, he “cringed” because “It’s one of the horrors we have in the first responder business, something like that occurring,” like a fire at a nursing home, since it’s “such a task” to get everyone evacuated.

“It took me a little while to get myself together,” he said.

Luckily, though, everyone was evacuated safely, and he wanted to note that the there was also mutual aid from Garrard and Lincoln counties — one rescue unit from Garrard County and one from Lincoln County to help evacuate residents.