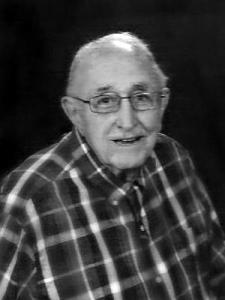 Leonard L. Upton, 88, formerly of Junction City, Kentucky, died peacefully at his residence in Las Cruces, New Mexico on Sunday, October 31, 2021. His daughters, Eloise and Nelita, were at his side.
Born in Buena Vista, KY, he was the son of the late John R. Upton and Bessie Cheatham Upton. He was preceded in death by his brother, Joseph C (JC) Upton, and his sisters, Elsie High and Patricia (Tootie) Coffman.
He was a Veteran of the U.S. Army and served during the Korean Conflict and he guarded the East Coast, in New Jersey. He would meet his beloved Nellie and future wife on a blind date. They were married for 66 years before she preceded him in death in November 2019. They were devoted to each other and anyone who knew them has heard their story.
He was employed at Corning Glass Works, Harrodsburg, Kentucky, for 40 years. In his younger years, he served his community of Junction City as a volunteer fireman, city councilman, and PTA president.
He was a member of Junction City First Baptist Church where he was a former Deacon and served on various committees.
He is survived by two daughters, Eloise (Robert) Campbell of Louisville, Kentucky, and Nelita (Bruce) Brown of Las Cruces, New Mexico, seven grandchildren: Dan (Kristen), Myra (Sarah) and Jacob Campbell, Eric Rankin, and Bowen, Tony, and Brianna Brown; four great-grandchildren: Trevor, Collin, and Aidan Rankin, and Sawyer Brown.
He is also survived by a brother, Harold Upton of Stanford, Kentucky, and sister, LoJuana Antle of Greensboro, NC.
Visitation will be Friday, Nov. 19, 2021, from 5-7 p.m. at Stith Funeral Home, Junction City. A Celebration of Life service will be 11 a.m., Saturday, November 20, 2021, at Stith Funeral Home, Junction City. Burial will follow at Danville Memorial Gardens. Active pallbearers will be his grandchildren and Honorary pallbearers will be his Sunday School Class.
Memorial donations are suggested to Gideon’s International or to St. Andrew’s Episcopal Church, 518 N. Alameda Blvd., Las Cruces, NM, 88005. Masks are requested. The online guestbook and Hugs from Home program are available at www.stithcares.com