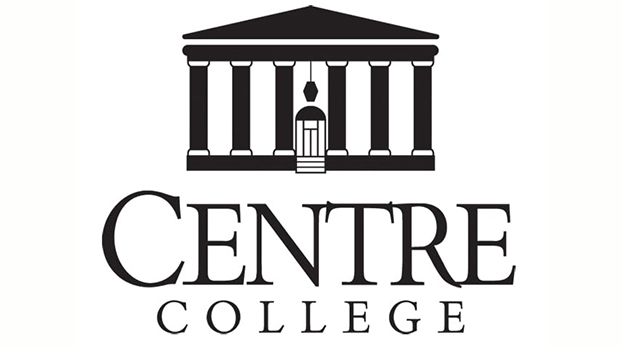 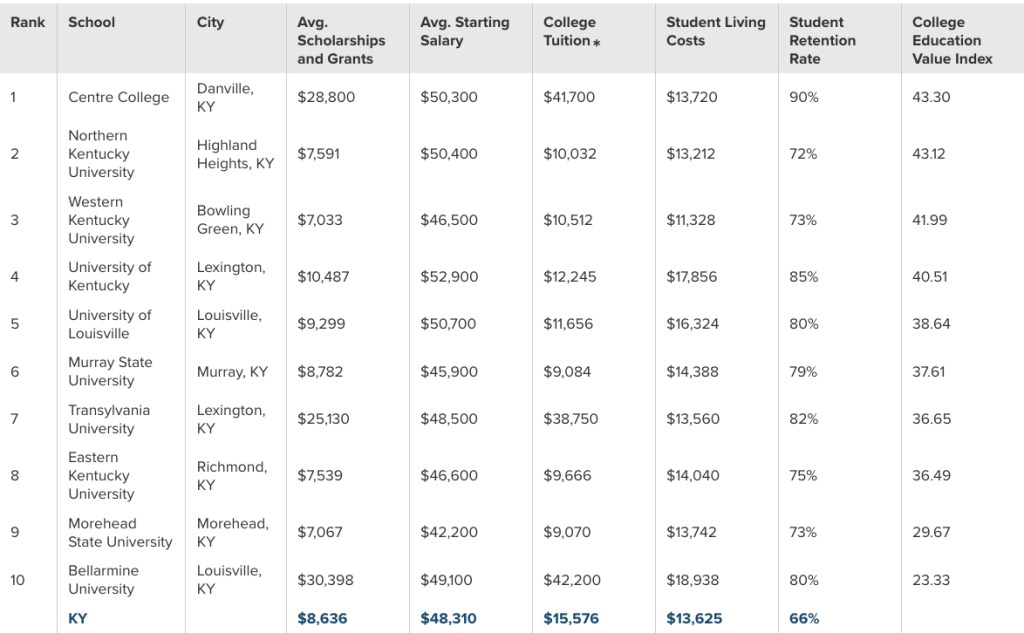 The college has received this ranking in 2018, 2020, and 2021, as well as other best value rankings by Stacker, The Princeton Review, and Kiplinger’s Personal Finance, among others.

Dean of Admission and Financial Aid Bob Nesmith said, “We are really unusual for a school this size to have multiple major scholarship programs that offer full-tuition or full-ride scholarships.”

Enrollment is currently about 1,350 students, a fraction of the number of students at other universities on the top 10 list.

About 60 percent of students at Centre receive scholarships.

The reason Centre can provide so much financial aid is due to generous donor support. The college completed a major donor campaign in 2019 called the Third Century Campaign, to celebrate Centre’s bicentennial. They raised over $200 million, most of which went to financial aid and scholarships.

Nesmith, who graduated Centre in 1991, has worked in the admissions department since 1995. He said the average cost of college after financial aid has remained stable over the last five years, both at Centre and other liberal arts colleges.

“I have seen our market put more emphasis on value over the years and I have seen the college work even harder to make sure we remain financially accessible to good students,” he said.

Considerable financial aid contributes to their retention rate of 90 percent, which is the highest on the top 10 list.

While more students stay because of affordability, Nesmith said students also stay because they are engaged in the community outside of classes. About 40 percent of students compete on an athletic team. He also said the faculty truly care about teaching undergraduates.

“It has been part of our history and mission over time, and the character of the place, to be a place of access as well as a place of excellence,” Nesmith said.

The pandemic decreased enrollment slightly, but the college plans to reach 1,400 to 1,500 students in the next five years.

Their small size contributes to the retention rate because it allows faculty to focus more on students.

Nesmith said what when many potential students look at Centre, they want a traditional college feel with a strong sense of community. Students also look specifically for a high-caliber academic program, good internship opportunities, career advising, and graduate school possibilities.

Some of Centre’s most popular majors include economics and finance, behavioral neuroscience, politics, history, international studies, math, computer science, and English. Many students are interested in medicine and health professions. These types of high-paying fields may contribute to students’ average starting salary, which is $50,300.

A study by the Association of American Colleges and Universities showed that liberal arts graduates make more money later in their career than trade school graduates who studied engineering or technology.

“I think we’ve done a great job with producing students who are ready for meeting the work right out of school; but what’s really interesting is when you look 10 or 20 years out to see how they’ve launched forward,” Nesmith said. “I think that’s where graduates will often distinguish themselves.”

As a former student, Nesmith is confident that Centre provides a meaningful education that is worth what students pay.

While Centre gives more value for the money than most colleges, he encourages students to make college decisions not just on the price.

“I would just say to families not to be scared off by a price tag at any school that would be a good match for their student,” he said.