“We are excited to add these fermenters for additional capacity and expanded fermentation times,” said the distillery’s co-founder and President Shane Baker. “The expansion will allow us to increase the number of barrels we produce per day and provide a lot more flexibility in our overall operations as we continue to grow.”

Starting with 44 acres, the distillery recently bought 124 more acres across the street from the main distillery, south of state route 34. On the new land they are adding more warehouses to age the extra product. Their eighth barrel house, Warehouse K, is almost complete and will store over 24,600 barrels.

Buzick Construction of Bardstown will build five more warehouses on the property’s southern ridge. The building pads are finished. The warehouses take six months to complete, so the company will be working on them for the next two to three years.

“We have been in constant construction since 2011 and we have a few more years of building to go before we begin rotating our larger warehouses with space for our new production each year,” Baker said. “We produce 24/7, 350 days a year and soon will have produced a quarter million barrels, and we are just blessed to be able to do what we do.”

The distillery, which opened in 2012, has multiplied in growth since its beginning. The vision came from the partnership of Baker and co-founder Pat Heist. Baker is a mechanical engineer and Heist has his master’s degree in microbiology and Ph.D in plant pathology.

The two met while attending the University of Kentucky, where they played in a heavy metal rock band together in the 1990s.

Reconnecting in 2006, they started Ferm Solutions, which offers solutions to distilleries having fermentation problems.

From that business they were able to launch Wilderness Trail, starting in downtown Danville producing one to two barrels a day. In 2016 they moved to their current location and started producing 12 barrels a day. Now they make 250 barrels a day and about 65,000 a year. The new fermentation tanks will increase production to potentially 80,000 barrels a year.

Currently they can only take out the 12 barrels a day that they put away in 2016 to make five-year-old whiskey. But since they added the current fermenters in 2018, by 2023 they can sell multiple times the product they sell now.

Baker grew up in Garrard County and his parents worked in Danville. When looking for a place to build the distillery, Danville offered the right opportunity and amount of land they were looking for.

“We were focused on the rich history of Danville for tourism impacts, having great resources for making whiskey, like water, land and access to more cattle; and simply being away from what we call the ‘Amber-Triangle’ of distillery concentrations to our west, which present problems such as utilities and competition for the same resources,” Baker said.

Brand Marketing Director Emily Toadvine said the distillery gets a fair share of support locally. But on any given day she sees license plates from several states in the parking lot.

Wilderness Trail whiskey is sold in 36 states and England. Baker expects to be in all 50 states soon and many more countries in the next few years. 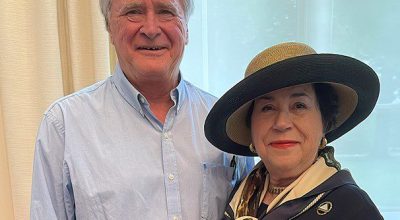