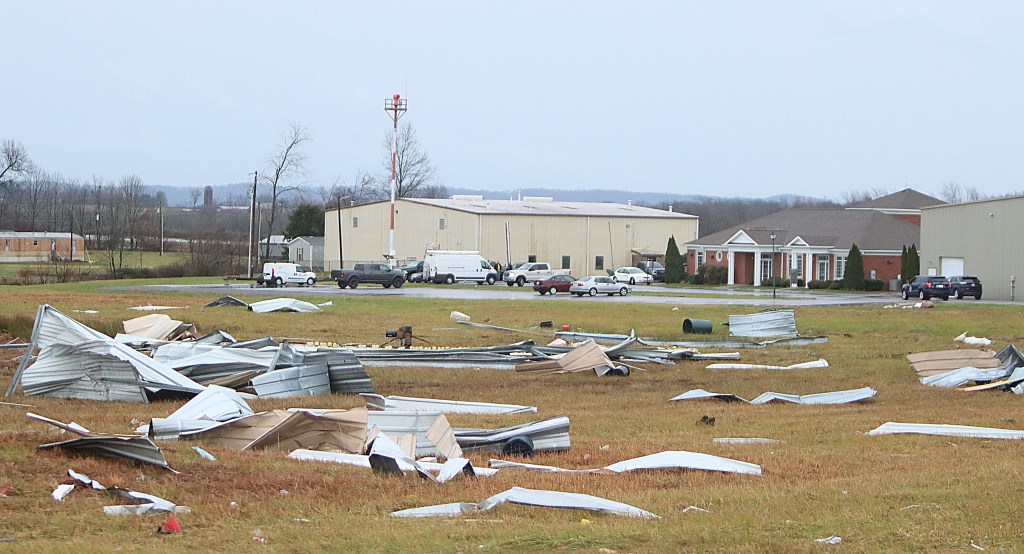 The National Weather Service came to Boyle County Tuesday and determined that two tornadoes came through the county, an EF-2 and EF-1.

The EF-2 started just east of Junction City and went through the Danville-Boyle County airport, damaging or destroying 13 aircraft. It continued northeast through farmland and ended where route 1273 starts.

High winds from the other tornado path damaged properties near Milleniumpark. The winds blew northeast, turning into an EF-1 tornado near Spears Creek. 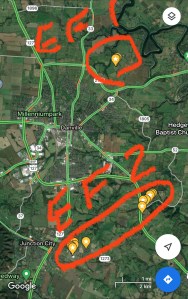 Joe Sullivan from the National Weather Service provided this map of where both tornadoes hit in Boyle County.

Emergency Management Director Mike Wilder said the weather service emphasized that the EF-2 was fairly strong, with winds of at least 120 mph.

“It had to be that much to do that kind of damage; it was significant,” Wilder said.

Wilder also said the National Guard was here for a short time doing security work. No injuries or deaths have been reported. Wilder said he believes the storm sirens possibly saved lives.

Wilder said the damage, especially at the airport, will be in the millions of dollars. Under the Disaster Declaration that Gov. Beshear announced, Boyle County is eligible for federal funding for debris removal, rebuilding infrastructure or projects that were damaged in the storm. Funding will not be determined for a while.

Straight-line winds caused other sporadic damage throughout the county, with roofs being damaged, trees and power lines down, and debris in people’s yards. Wilder said that out of the neighboring counties, Boyle County probably received the bulk of the damage.

“Lincoln and Casey got some damage but not as significant as what we’ve got,” he said.

FEMA does not cover anything that is covered by insurance. Individuals or businesses with property damage need to file insurance claims.

Shop with a Cop served local kids in need