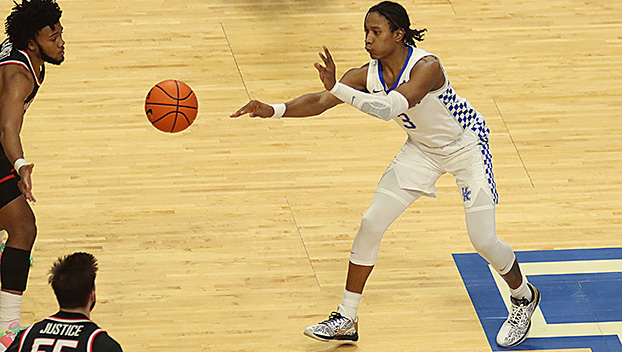 Freshman guard TyTy Washington was averaging 13.9 points, 4.2 rebounds, 3.6 assists, and 1.0 steals per game after 11 games but his father, Tee Washington, says UK fans still have not seen his best yet. 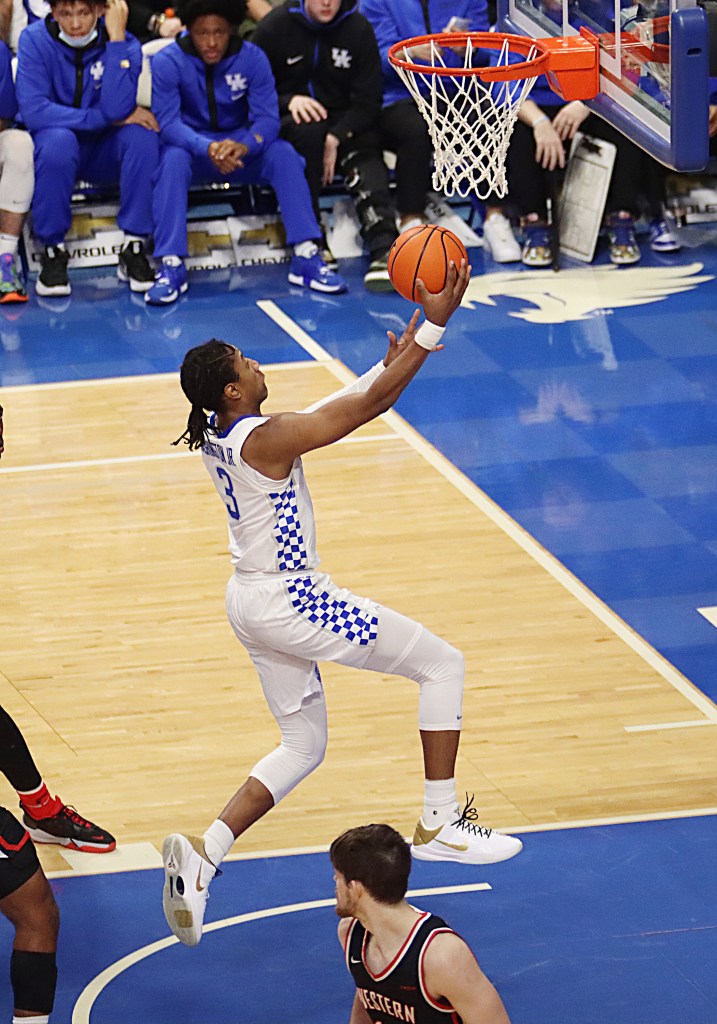 TyTy Washington goes in for two of his 20 points Wednesday night. – Photo by Jeff Moreland

“I think there is a lot more that you haven’t seen that we know he can do,” Tee Washington said. “With TyTy, whether he scores 1 point or 100 points, he is going to dive for loose balls, defend, rebound, run. He’s all about the team.”

His father has not been surprised by what his son has done on the court — “he’s been playing basketball his whole life, so we’ve seen all this.” However, one other thing has surprised him.

“The maturity he has gotten being away from mom and dad has surprised me. You talk to him and now see the young man I have always envisioned him being,” Tee Washington said.

TyTy Washington has not let signing deals that enabled him to drive a Porsche and have a signature meal named for him at Fazolis have an impact his play.

“Trust me, we were never thinking about any deals like that when he signed with Kentucky,” the UK freshman guard’s father said. “We were just thinking what a great opportunity it would be to get on the court and show what he could do. Remember even in March we never thought he would be playing at Kentucky. Then once he did commit, we never thought he would walk in and be playing 30 minutes a game.”