Collins is difference maker for Cats over Bama 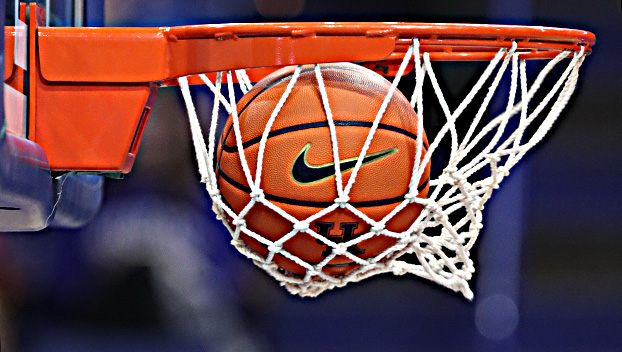 Daimion Collins waited his turn and stood out in Kentucky’s 66-55 win over Alabama Saturday night in Tuscaloosa.

The freshman forward came off the bench and scored 10 points, his best showing since he tallied eight points of the bench in a 76-64 win over Southern on Nov. 7. The fifth-ranked Wildcats weren’t surprised by the performance by Collins, including freshman guard TyTy Washington, who led Kentucky with 15 points.

“Everybody in the program knows what Daimion can do,” Washington said. “Leading up to this point, we knew what he could do.

He’s been spending extra hours in the gym and every time I go in there late at night, he’s always in there. I knew his good game was going to come and he got his opportunity to play. He didn’t pout or nothing and just went out there and played — that’s what he showed tonight, he showed his athleticism on both sides of the ball.”

Kentucky coach John Calipari knew he could exploit the Crimson Tide’s defense by using Colins and his other post players with lob plays in an effort to keep Alabama off-balanced on the defensive end of the court. The plan worked to perfection, thanks to Collins and his alertness around the basket.

“Damion Collins was a difference-maker,” Calipari said. “I watched enough of their tape, they collapse (on defense), so you have that (lob opportunity) if you have a guy to throw it to. I told him at the shoot-around we have this lob (play) and I’m putting you in for that reason and he played great. He played great defensively and what I love about it I only played him for (eight minutes). He now has forced me to figure out how to play him.”

Sparked by Collins, the Wildcats (19-4, 8-2 Southeastern Conference) got 21 points from their bench and won their fourth straight since dropping an 80-71 setback at top-ranked Auburn on Jan. 22. Overall, Kentucky has won eight of its past nine games.

Washington and Collins combined for 25 points. Oscar Tshiebwe, Kellan Grady, and Keion Brooks each chipped in with 10 points.

Alabama (14-9, 4-6) swept the Wildcats last season and one of the top 3-point shooting teams in the league and in the nation, made just 3 shots on 30 attempts from long range while leading scorer Jaden Shackelford (17 points per game) was limited to just six points.

“When you shoot that many (threes), if they go you win, if they don’t, you lose, unless you kept rebounding,” Calipari said. “That was my thing the whole game. If you give them one shot, they’re not going to have enough offense to beat you.”

Calipari was pleased with his team’s ability to overcome a slow start and grind out another tough encounter.

“They never lose here,” he said. “Neither does Kansas (at Allen Fieldhouse), they don’t lose at home.

For the past two weeks, the Wildcats have proved winning on the road is a feat this team can achieve despite the struggles earlier in the year.