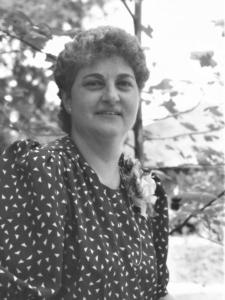 Kathryn “Kathy” C. Feistritzer, 77, transitioned from this life to her eternal life on February 6, 2022 in Danville. She was born on December 10, 1944 in Boyle County to the late August Seigfert and Hazel Lois Feistritzer. Graduated from Junction City High School in 1962, Kathy worked as a nurse for 44 years in hospitals, education, and clinics. She held licenses as a LPN, RN, BSN, MSN and ARNP. Kathy is listed in the “Who’s Who in American Nursing” 1993-1994 and “Who’s Who Of American Women” 1979 – 1980. She was active with EMRMC Auxiliary, Danville Boyle County AARP, and a former Eucharistic Minister with Sts. Peter and Paul Catholic Church. She loved following all sports, especially Notre Dame and University of Louisville football. Kathy enjoyed her life with no regrets as she traveled 77 years around the sun. She never met a stranger she could not converse with and was generous to those in need. Kathy was most proud of having survived Lupus since 1967. In addition to her parents Kathy is predeceased by two brothers Joseph Feistritzer and Paul Feistritzer.
Kathy is survived by two brothers Drew (Marsha) Feistritzer of Danville, and Richard (Nancye) Feistritzer of Atlanta, GA; three sisters Emily Feistritzer of Washington, DC, Helen (Danny) Milburn of Danville, KY, and Donna (Lewis) Hudson of Louisville, KY; several great and great-great nieces and nephews. Kathy is also leaving behind very good and close friends Gary and Brenda Gorley.
Visitation is 5 pm – 7 pm Tuesday, February 8, 2022, at Stith Funeral Home in Danville. Funeral Mass will be Wednesday, February 9, 2022, at 10 am at Sts. Peter and Paul Catholic Church with Father Anthony McLaughlin as Celebrant. Memorial donations are suggested to Boyle County Humane Society.