Raines Warren discusses racial tensions before and after integration; Recalls connections made at Bate School 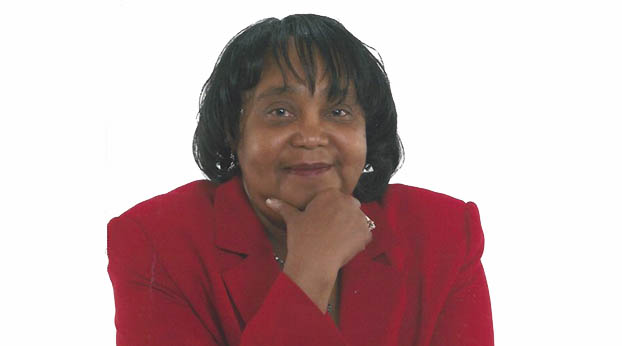 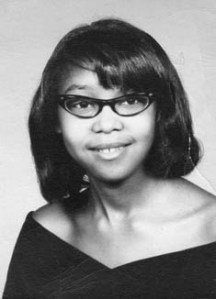 Linda Raines Warren graduated from Danville High School in 1966. Before that, she went to Bate School until 8th grade, which was a school for Black students at the time. It was her sophomore year when schools were totally integrated, she said.

She described Bate School as having a family atmosphere.
“Everybody knew everybody,” she said. “The teachers knew your parents. They knew the background of your parents.”

She had a couple of favorite teachers she still remembers by name. She connected with them and distinctly remembers their classrooms and teaching.

“It was a good experience,” she said. “I always relate to my children and grandchildren that it was parenting away from home.”

As for her memories of segregation during her early childhood, her grandmother raised her, and she, her mother and her aunt all did domestic work and often took her to work with them. In those experiences, she interacted with white children a lot, and she doesn’t remember being treated badly — she simply didn’t know the difference at the time.

“The difference came once you got into school, once the schools were integrated,” she said. “That’s when I was made more aware of the difference.”

In a time of segregation and continued racial injustice after integration, Raines Warren found ways to speak up.

For example, during her first semester after schools were integrated, with one teacher she had, “every African American in her classes received failing grades.”

Raines Warren went home and spoke to her father about it, and he and other parents took the issue to the district. They knew something was wrong because they knew based on some of the students’ records, they shouldn’t have received failing grades. After that, the students’ grades were adjusted.

“There were very few opportunities for African American students to be on the cheering squad or hold offices in the organizations,” she said.

Raines Warren also discussed how Black people were treated around town, based on her own memories.

One instance she recalls is that her family lived in West Danville, and she had an older cousin who lived next door. She and her cousin walked to town to run an errand. It was a hot day. She and her cousin had an umbrella with them to shelter themselves from the heat, and they stopped at an ice cream shop on Main Street. After they sat down, the woman behind the counter approached them, kept looking at the back of the store and said she couldn’t serve them, that they had to stand up.

She and her cousin exchanged a look and continued to sit. They got their ice cream and told the woman they had changed their minds and no longer wanted it, and walked out.

At another store in town, she remembers a clerk who followed Black customers around the whole time they were in the store. Once she was there around Christmastime, and the store was busy. She was at the counter, waiting for help, and the clerk was waiting on everyone else and ignoring her.

“And finally, I said, ‘Do you not see me standing here?’” Raines Warren said. “And it kind of startled her because a lot of times, you didn’t speak up. People didn’t say anything.”

At DHS, she remembers some white students being nice to her, but she doesn’t remember getting to know them well.

“I know them better now because of the reunions that we’ve had, than I did when we were in high school,” she said. “I didn’t have any close white friends.”

At the time, “It was kind of like you just survived,” she said.

Some friendships formed between Black and white students, but the focus was on survival, she said.

After high school, Raines Warren went through a two-year program in Paducah, which focused on business, barbering, tailoring and trades. It was a school for all Black students for the most part, she said. She held several jobs before she retired from her position as administrative assistant in the academic dean’s office at Centre College in 2008.

Though she’s seen societal attitudes shift over the years, “Once you experience or go through the experiences that we went through, you’re always in tune to that. Most African Americans can be in a room with somebody white and even though things are OK and they’re civil and on the up and up, if you’ve been through that, it’s always a part of your psyche.”

She said things are different now, but society has a lot of work to do.

With her fellow graduates who had attended Bate School, “We kind of started having our own reunions,” she said with a laugh.

“Bate is always going to be our preferred school … Bate is a special thing in all of our lives,” she said.

“It’s like a connection that can’t be broken,” she said. “It’s almost like family. That Bate name and that Bate connection will always be there.”