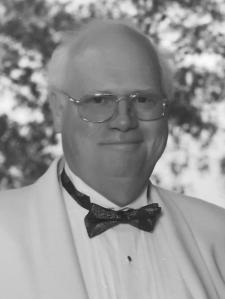 Jay Thomas Hensley, 78, of Danville went to be with the Lord on Thursday, March 10, 2022. Born in Danville on October 31, 1943, he was the son of the late James Walter Hensley and Zula Faye Harmon Hensley.
Tom was an Eagle Scout and graduated from Danville High School and Centre College. He was a proud member of the Delta Kappa Epsilon fraternity while at Centre. He later attended the University of Louisville School of Law, where he received his Juris Doctorate.
Tom’s greatest early influences in life were his mother, father, sister, Nancy, and her husband, Ralph Amos. Tom lost his father early, and Ralph was a big brother and father figure for him during his early adult years. Tom was a constant source of pride for his mother and sister.
After getting married in 1970, to the love of his life, Susan Friedli, they resided in Danville where he practiced law and raised his family. He was a lifelong Kentuckian. His passions were his family, practicing law, land development, and helping others. He was honored in 2020 by the Kentucky Bar Association for 50 years of distinguished service to the Kentucky legal community. He was honored to serve under Judge Darren Peckler as the Master Commissioner for Boyle County and surrounding counties for over 20 years.
He was passionate about the things that he loved. He loved Christ and was a dedicated servant to the First Christian Church of Danville, KY. He also had a passion for helping children. Through the court system and CASA, he and his wife touched countless families and children. Their mantra was “children are everyone’s business”.
He is preceded in death by his mother, father, sister, and his niece, Claire Amos. His survivors include his loving wife of 52 years and his children: Jaye Harmon Hensley (Brent) Powell of Winston Salem, NC, John Thomas (Lauren) Hensley of Mobile, AL, and Joshua Eason Hensley of Danville; five grandchildren: Mills, Charlie, and Walter Hensley and Sutton and Jack Powell; and nieces and nephews: Allen (Mary) Amos, Tripp (Gabby) Amos, Catherine (Beau) Cribbs, Melinda Hill, Dr. Hilary (Dr. Chris) Anderson, Thomas Hill, and Adley Mae Anderson.
A Memorial Service will be held Tuesday, March 15, 2022, at 11:00 a.m. at First Christian Church in Danville with Rev. Mickey Anders officiating.
In lieu of flowers, the family requests donations to the First Christian Church of Danville, KY or CASA of the Bluegrass. An online guestbook is available at www.wlpruitt.com. W.L. Pruitt Funeral Home in Moreland is in charge of arrangements.