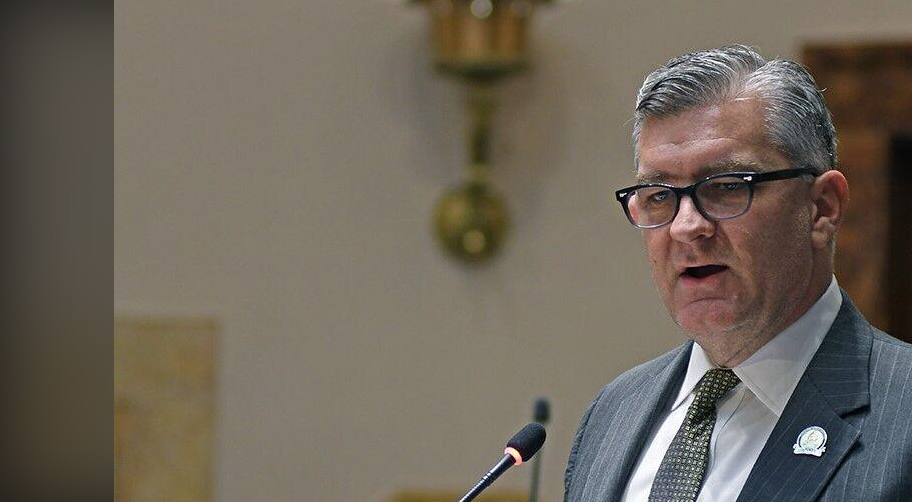 A House bill to prevent a governmental entity from banning religious services during an emergency to a greater extent than imposed on other organizations or businesses that provide essential services passed the Senate on Wednesday.

Mills pointed out that Gov. Andy Beshear issued a flurry of executive orders in response to the COVID-19 pandemic.

“One of those orders prohibited all mass gatherings. It specified examples and included gatherings at faith-based organizations. But the order said certain gatherings were not prohibited. Like going to shopping malls, office environments, factories. And yes, even big box retail stores and grocery stores.”

Mills said some businesses and gathering places were called essential, while others were not.

“The governor’s executive order shut down churches, which many Kentuckians considered an attack on their right that is protected by the Constitution and could not believe that they were being restricted from gathering with their fellow congregants.”

He said there are three reasons churches should be considered essential.

“It’s a Constitutional right to freely exercise our faith. The teaching and socialization at church feeds our soul. According to a recent Gallup poll, those who attend church on a weekly basis, report improved mental health outcomes over those who seldom attend church.”

There are three provisions of HB 43, according to Mills:

• It ensures that a governmental entity shall not prohibit or restrict a religious organization during a declared emergency, to the same or greater extent than other organizations or businesses deemed essential or vital.

• The government will not take adverse action against a religious organization for being religious.

• It provides a cause of action for religious organizations that have been harmed by a discriminatory act by the government.

The only person speaking against the measure was Sen. Karen Berg, D-Louisville. While she said she could agree to the first two provisions, she could not support the third. “Opening up to where we could sue our state over this just doesn’t make any sense to me, whatsoever.”

Berg added, “I too am extremely religious, and somehow my congregation was able to maintain services online with in-person communication to those congregants who needed it throughout the entire pandemic with very little interruption to our congregation.  So it is doable.”

The bill passed 30-7, and now heads to the governor’s desk.

“Churches are essential to the wellbeing of Kentuckians and their communities. “With the passage of HB 43, churches will rightfully be recognized as essential in Kentucky, and the governor’s emergency powers will never again be abused to shutdown churches or treat religious organizations worse than secular businesses.”