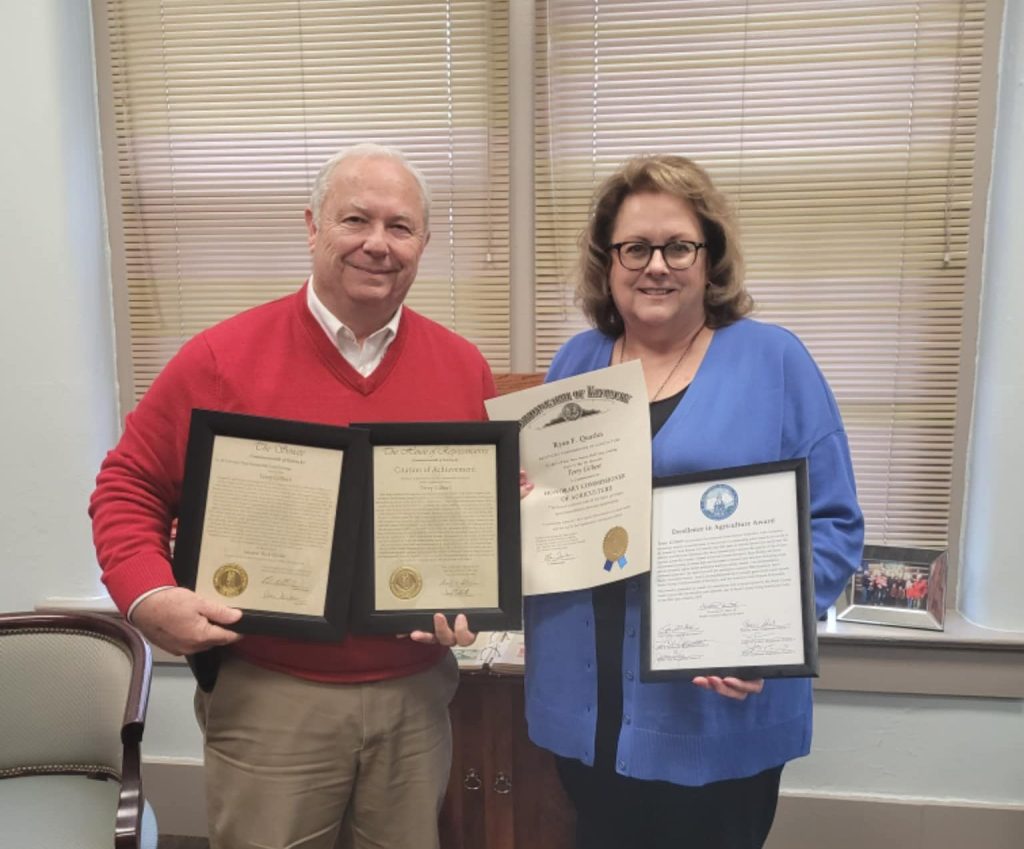 On March 22, which was National Agriculture Day, Commissioner of Agriculture Ryan Quarles and State Representative Daniel Elliott came to the Fiscal Court meeting to give awards to David Williams and Gilbert. While Gilbert was not at the meeting, the court later gave her the three awards.

From Quarles, she received a certificate making her Honorary Commissioner of Agriculture. Elliott gave citations of achievement adopted by the Kentucky General Assembly. Boyle County Judge-Executive Howard Hunt presented Gilbert with an Excellence in Agriculture award signed by Hunt and the six magistrates.

A post on the Fiscal Court Facebook page states, “Terry Gilbert has given so much of her time to agriculture. Whether it be locally, statewide and even nationally, Terry has been a tireless advocate on behalf of the farm community.”

Gilbert was recently given the American Farm Bureau Federation’s Founders Award. She has been at the Farm Bureau since 1980. She was a member of the county’s Women’s Committee, and served as secretary of Boyle County’s Farm Bureau board of directors for 16 years.