Art Center of the Bluegrass sends 28 to Europe 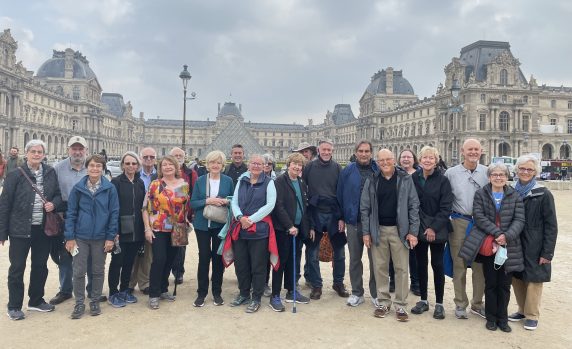 Some of the Danville group stands in the front of the Louvre museum in Paris. 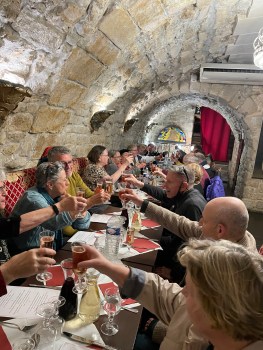 The group toasts “April in Paris” with a Kir in the cave of the left-bank Au Bistro de la Montagne on Paris’s left bank. 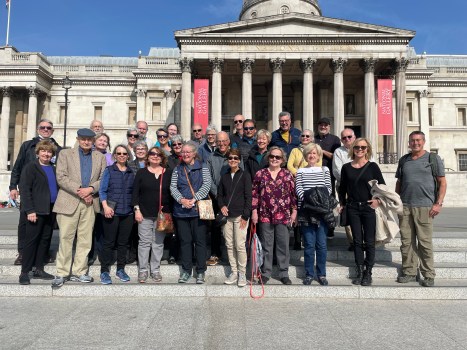 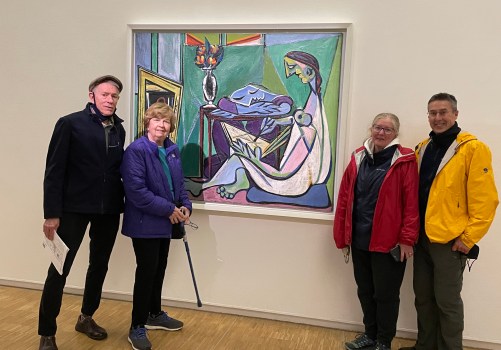 At the Pompidou Center in Paris, l-r: Danvillians Milton and Sandy Reigelman and Joanie and Mark Morgan are joined by a Picasso woman. 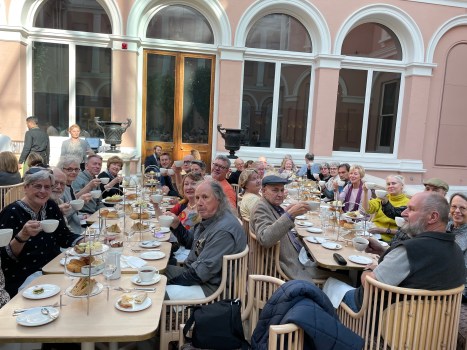 During High Tea at the Wallace Collection, the group toasted London before leaving on the Eurostar train for Paris.

The Art Center of the Bluegrass sponsored its first trip to Europe for 28 people from Danville. In the past they have sponsored art trips to Louisville, Chicago, and New York.

The Danvillians just returned from the trip. They spent five days in London, then took the Eurostar train to Paris for another five days. In both capitals they visited art galleries and museums. In the evenings they often had group meals in local spots, including a pub, a crypt, and a wine cellar. In London they took a boat trip on the Thames, and in Paris, a “bateaux mooches” on the Seine.