Police found a body matching the description of Avery Spicer, a person reported missing on Monday.

Police continued their search for Spicer Tuesday morning after an initial search Monday evening. Spicer’s girlfriend Kayla Jones had spotted her vehicle on Shannon Way with some of Spicer’s clothing. 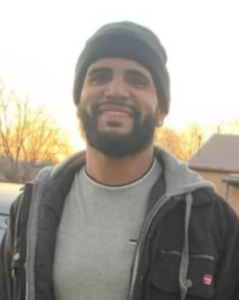 Jones had reported to police that she had reason to believe Spicer was suicidal.

After officers saw videos from local businesses of Spicer walking towards the pond next to Shannon Way, police searched the pond on Monday but did not find anything.

On Tuesday, Kentucky Fish & Wildlife were able to use aquatic cameras to help search the water, and Stanford Fire provided a drone for an aerial search.

Search crews recovered a body that matched Spicer’s description, who is a 32-year-old biracial male with a beard. Boyle County Coroner’s Office responded to the scene and pronounced the male deceased.

The investigation is ongoing and further information will be provided when available.