Seniors on the Boyle County football team present a check for the proceeds of the team's annual "Rebels With a Cause" fundraiser to Sandy Smock, left, a member of the Central Kentucky Wildlife Refuge's board of directors, and Allen Goggin, right, a board member with the Boyle County Conservation District. 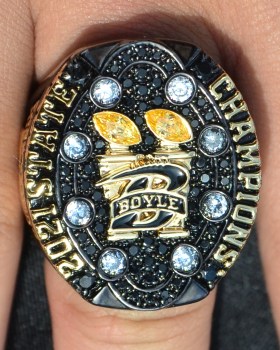 Collin Tiller displays the ring presented to Boyle County players, which features stones representing each of the school's 10 football championships. 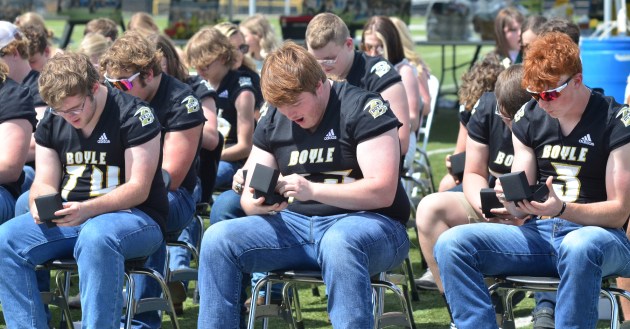 Zach Mason, center, reacts as he sees his ring for the first time alongside teammates Samuel Runyon, left, and Cole Sims. 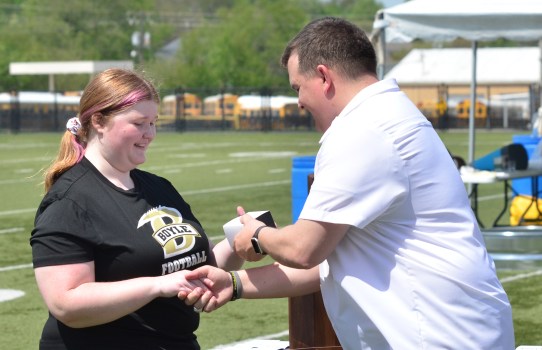 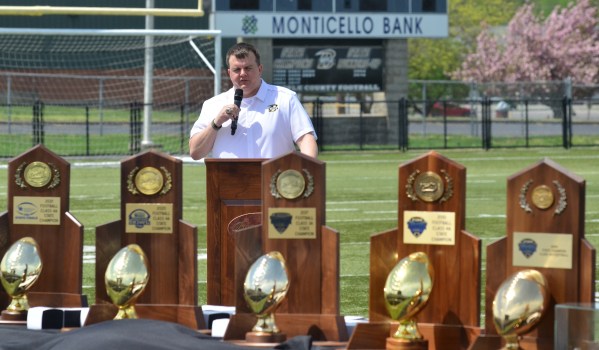 Boyle County coach Justin Haddix addresses the audience with some of the team's 10 championship trophies in the foreground. 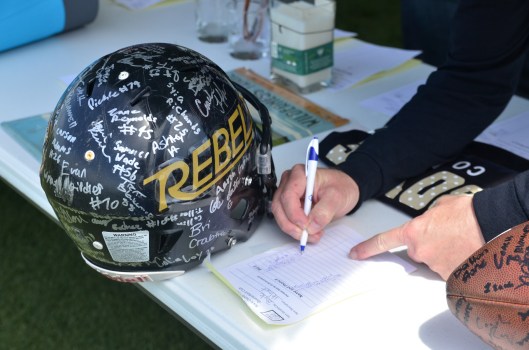 A bidder records his bid for a helmet autographed by members of the team during a silent auction held by the Boyle County Quarterback Club to offset the cost of the rings.

The football team’s seniors presented the proceeds of the team’s annual “Rebels With a Cause” fundraiser. Their donation of $3,532 will support conservation in the community by funding scholarships for four Boyle County students to attend a Kentucky Department of Fish and Wildlife Resources conservation camp this summer and the work of the Central Kentucky Wildlife Refuge.