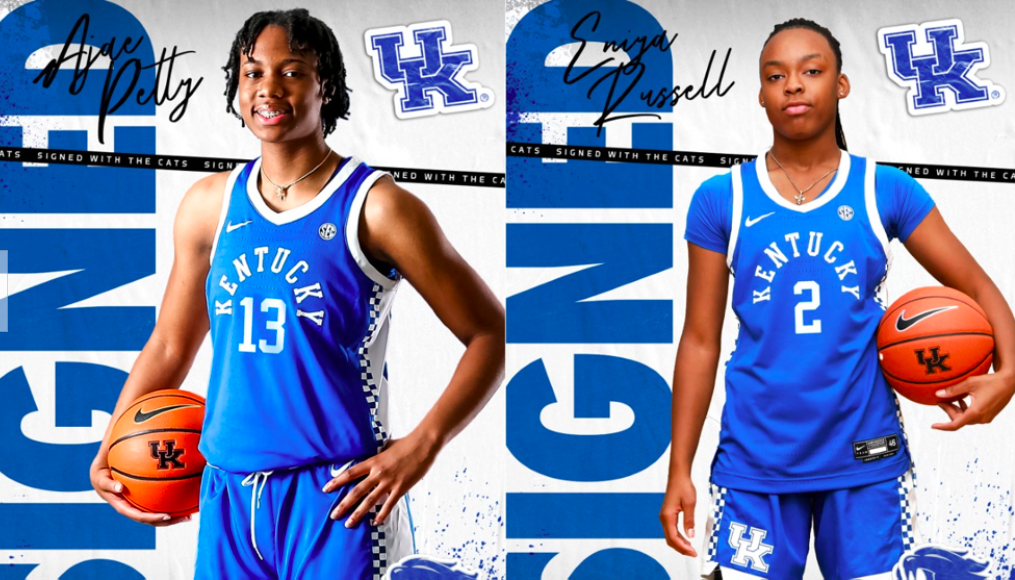 South Carolina’s Eniya Russell, a guard, and Ajae Petty (LSU) have transferred and will have three seasons of eligibility remaining. Russell played in 23 games last season for the national champion Gamecocks, while Petty played in 31 for the Tigers and is considered one of the top post players in the nation.

Russell, 6-foot-1, averaged seven minutes a game for South Carolina and scored a season-high 14 points during her freshman season two years ago. She was recruited by the Wildcats before signing with South Carolina.

“Eniya is a player that we absolutely loved when we recruited her in high school and we are excited that she has decided to join the Wildcat program this time around,” Elzy said. “Eniya has great size on the perimeter, has elite athleticism and is very skilled offensively. She can score at all three levels and her ability to score out of the ball screen action will open up our offense.

“We have obviously followed her first two years collegiately at South Carolina and think her style of play is going to fit our program perfectly. We cannot wait to see what her future holds at Kentucky.”

Petty played in 31 games during her two seasons with the Tigers and scored a career-high 12 points against Samford last season.

“Ajae is an extremely talented interior player that we are happy to have join our program,” Elzy said. “She was a player that we evaluated and recruited out of high school. Her size, athleticism and physicality are something we needed to add to the roster.

“She has veteran experience in our league, which will allow her the opportunity to flourish in our system. I cannot wait to get her on campus this summer and get to work.”

The addition of Russell and Petty give Elzy nine newcomers on next year’s roster.

Admirals eliminated at All “A” Tournament