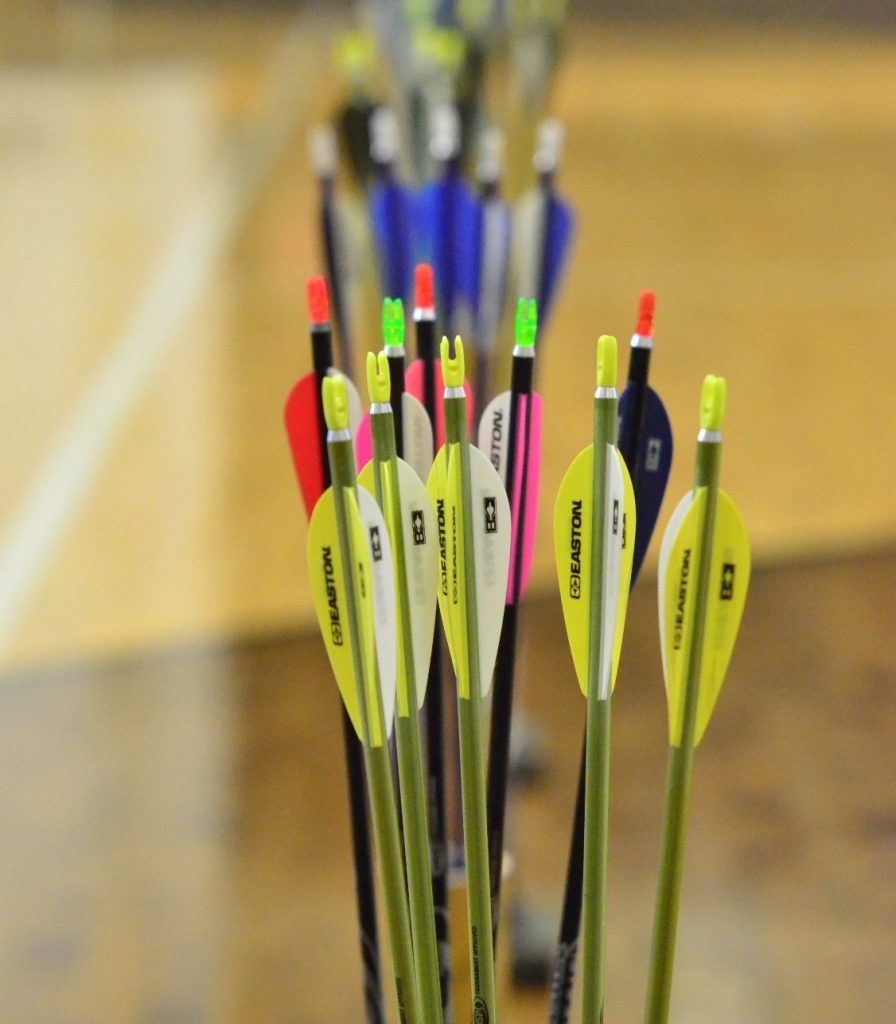 Arrows sit in their quivers prior to the start of a flight. - Photo by Mike Marsee

Martin, who won an NASP state championship in March, scored 295 out of a possible 300 Thursday at the Kentucky Exposition Center. Boyle archers shot on the first day of the three-day event, one of two national tournaments conducted by NASP.

Mercer County was the top local team in the competition, placing 32nd out of 215 teams. Troy Diaz-Ward led Mercer, finishing in 111th place among high school boys after shooting 288.

Megan Martin of Lincoln led area shooters in the high school girls division, posting a score of 278 to finish in 326th place.

Claunch and Owens, both sophomores, reeled in nine fish during the two-day competition totaling 20 pounds, 8 ounces.

Hayden Short and Archer Smith of Burgin, who were in eighth place after the first day of fishing Friday, finished 20th with a total weight of 17 pounds, 5 ounces.