Boyle softball returning to state for the fifth consecutive season 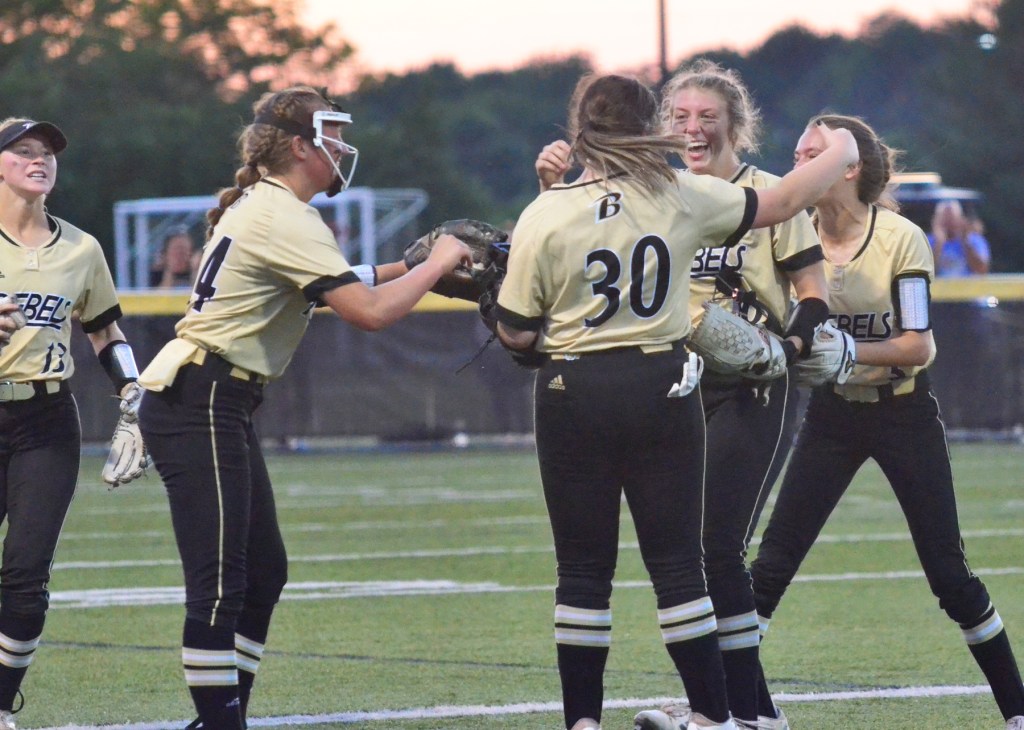 Ella Coffey, second from right, is congratulated by Boyle County teammates after she tagged a Southwestern runner out at third base to complete a double play during the sixth inning of Boyle’s 11-3 win in the 12th Region Tournament championship. Photo by Mike Marsee.

Friday is payday for Boyle County.

The Lady Rebels will collect their reward for surviving a regular-season gauntlet when they return to the state softball tournament for the fifth consecutive season.

They played 10 games against teams that finished the season ranked in the statewide coaches’ poll — including the team they’ll play Friday — as they steeled themselves for the postseason.

“I just think these kids are battle-tested. They have gone through a very difficult regular season, and this is their reward,” Boyle coach Brian Deem said.

No. 16 Boyle will play No. 11 Lexington Catholic in a first-round game at 6 p.m. Friday at John Cropp Stadium in Lexington.

The Lady Rebels won’t be favored — they were run-ruled by LexCath early in the season — but they won’t be intimidated, either.

They played a difficult schedule that included four weekend tournaments and 26 games against teams outside the 12th Region, and it was all to get ready for the regional and state tournaments.

“We’ve worked for this all year long,” Deem said. 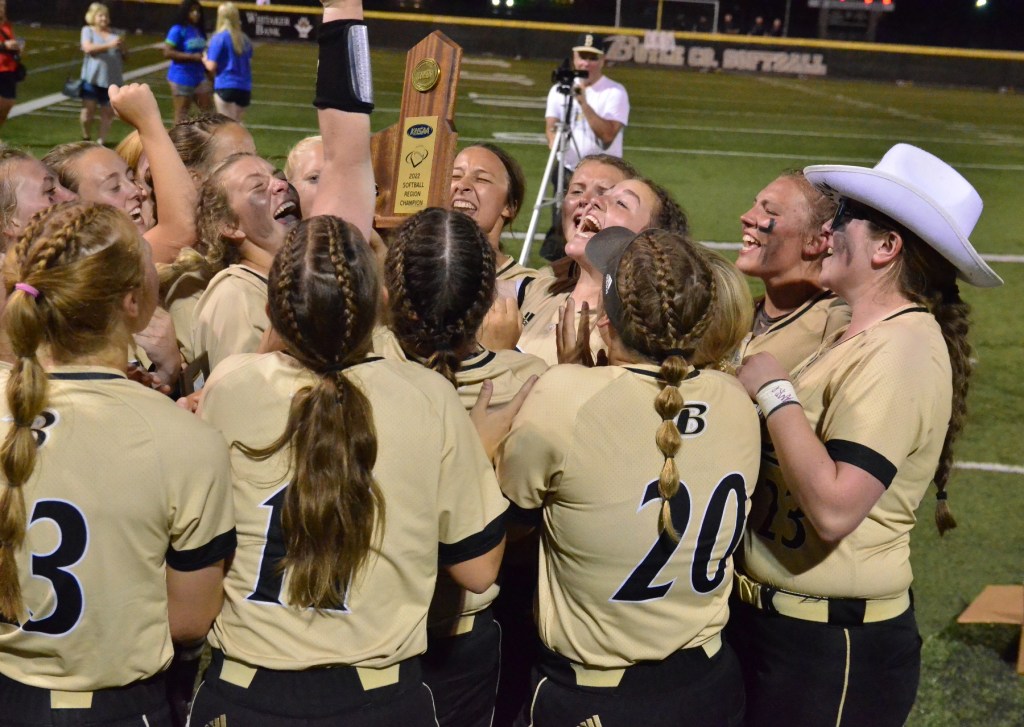 Boyle (26-9) lost six of its first 14 games and has its highest loss total in three seasons despite winning 18 of its last 21 games.

The Lady Rebels will get a second look at Lexington Catholic, which dealt them a 15-3, six-inning loss March 30 in a sectional game in the Kentucky 2A Championships.

LexCath (27-6) was one of the last teams to make the state tournament, beating No. 8 Lafayette 10-6 Wednesday to win its second 11th Region championship and its first since 1997.

“We’ve got our work cut out for us,” Deem said.

The Lady Knights are led by freshman Abby Hammond, who ranks fourth in the state in earned-run average (0.60) and is among the state leaders in home runs (12), slugging percentage (1.176). Hammond also leads her team in batting average (.531) and RBIs (41).

Only the first round of the tournament will be played this weekend. The Boyle-LexCath winner will return to Lexington on June 10 for a quarterfinal against the winner of Friday’s game between No. 17 Lewis County, which eliminated Boyle in the quarterfinals a year ago, and No. 21 Harrison County.

The tournament field also includes No. 1 Ballard, No. 2 McCracken County, No. 3 South Warren, No. 5 Henderson County, No. 6 Daviess County, No. 10 Oldham County and No. 19 Elizabethtown.