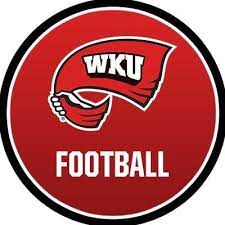 Most college football teams that lose a quarterback who passed for nearly 6,000 yards and 62 touchdowns in one season, and was a fourth round NFL pick by the New England Patriots, would be panicking as fall camp opens. 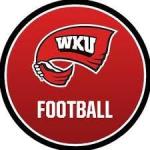 Certainly they would like to have Bailey Zappe back in the pocket again this season, but Hilltopper head coach Tyson Helton says having a high-scoring offense and throwing the ball around the field is who the Hilltoppers are offensively – Zappe or not.

“It’s what we do; we try and score a lot of points,” he said at WKU’s recent media day.

Zappe led an offense that averaged 44.2 points a game last season. Also gone are his top two receivers in Jerreth Sterns and Mitchell Tinsley, who combined for 237 catches and 31 touchdowns.

Now to lead the offense for a Hilltopper team that went 9-5 last year, are a pair of graduate transfers – Jarret Doege of West Virginia and Austin Reed of West Florida.

Helton, who typically stays mum on naming a starting quarterback, said the pair are the leading contenders among the six quarterbacks WKU has on campus to take over for Zappe.

He said Doege is coming off “a really good spring.“

“Both of them are really good leaders and both of them have achieved a lot in their careers so far,” Helton said. “Jarrett Doege has played a lot of football, he’s played a lot of big games; just a really good leader, a tough guy and this is his last go-around so he wants to really make it his best year yet and I love that…. Austin Reed, the best way I can describe him is he’s a gunslinger. He goes out there and you don’t know where it’s headed, but it’s headed there fast. He’s fun to watch and he’s still trying to learn the system and figure some things out.”

Doege enters the season as college football’s active leader in passing yards (10,494) and passing touchdowns (79). Last season at West Virginia he threw for 3,048 yards and 19 touchdowns while completing 65 percent of his passes.