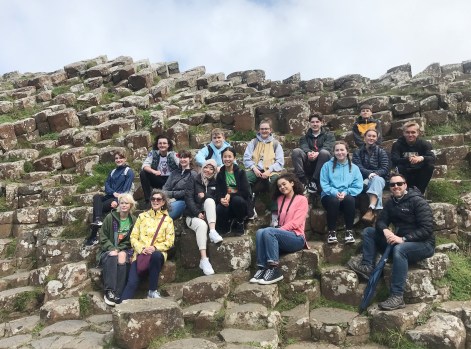 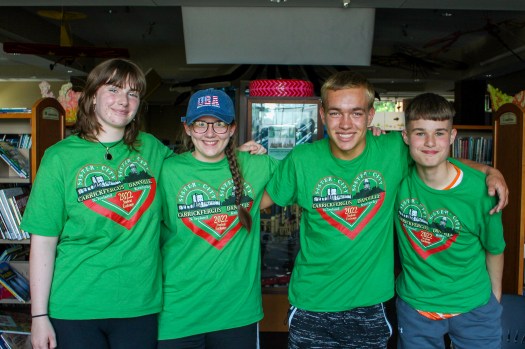 Kira Pusateri (left) became good friends with Rose Keatley (second from left) while staying with her family in Carrickfergus. Max Germann (second from right) and Christian Perry (right) also served as each other’s host families and loved their time together. Photo by Fiona Morgan 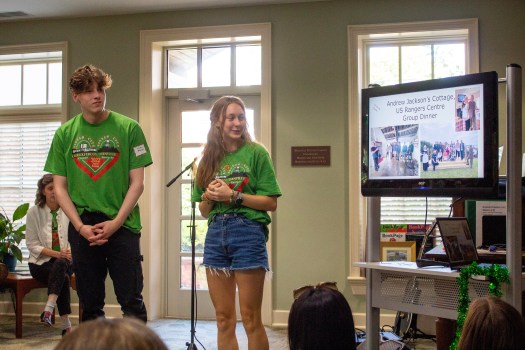 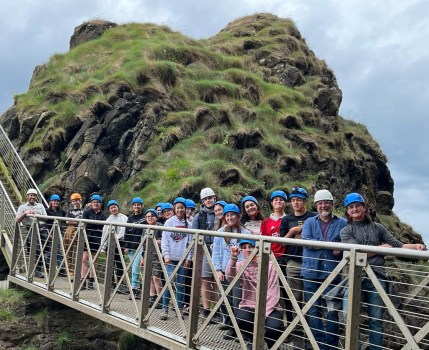 High schoolers on the exchange trip walked along The Gobbins bridges in Carrickfergus. Photo submitted. 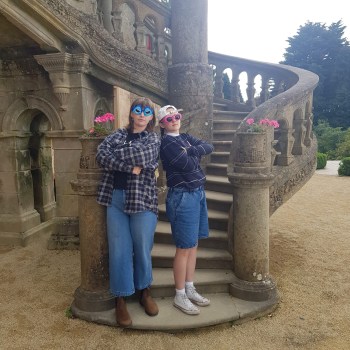 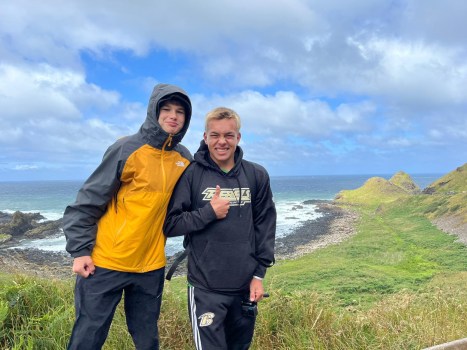 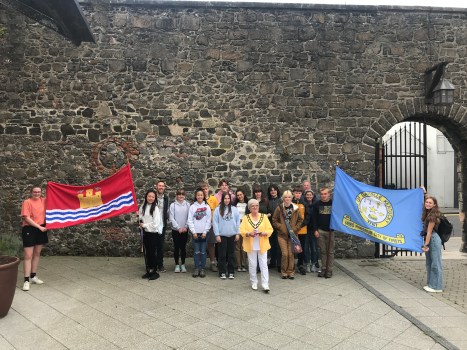 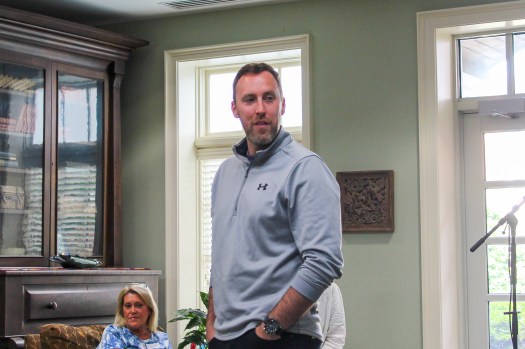 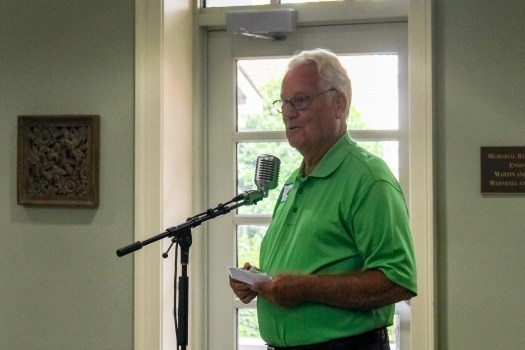 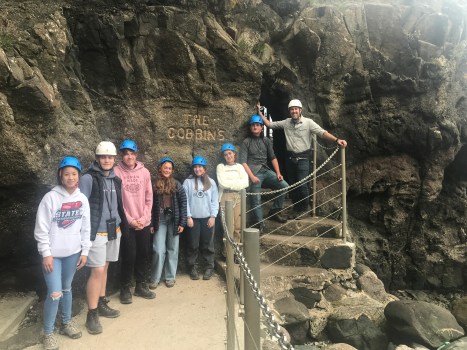 Students at The Gobbins

The seven Danville students and seven students from Carrickfergus, Northern Ireland returned from Carrickfergus on Saturday. They were welcomed on Sunday by locals and Sister Cities supporters at the “Great American Dessert Party” at the Boyle County Library.

The Danvillians left July 21 to spend 10 days in Ireland, and now, the Irish students are spending 10 days in Kentucky.

At the party, students told all about their adventures and what they learned from the trip to Ireland. Kira said the trip was enhanced by staying with a host family rather than in hotels.

“Staying with a host family was great because I was staying with someone who lived their whole lives there and just knew everything about the town,” Kira said.

She instantly clicked with the Keatleys, saying their family culture is not that different.

“My family and Rose’s family are very similar; we’re just very similar families, so it was like fitting right in the home,” she said.

She and the Keatleys were able to casually chat, make food together in the kitchen, hang out together, and they had the same sense of humor. Rose was able to teach Kira about Northern Ireland’s history, as it has only been a country since 1921, although Carrickfergus is centuries older.

“Our history is really important because Northern Ireland has only been a country for 100 years, so even just talking through that and talking through our history, Kiera hadn’t known anything about that,” Rose said.

In return, Kira taught Rose about America, especially that not all Americans are as crazy as what’s portrayed on the news. Kira said people in Ireland hear most about Texas and Florida, and have the idea that all of America is like those states.

“When I met Kira and Max my perception of Americans just changed a lot,” Rose said.

Kira said she loved seeing Ireland’s rocky coastline, the giant’s causeway, Ballintoy Harbor, and the Titanic museum the most. She said she is planning to go back to Carrickfergus in the future to see Rose and her family.

“We just met like a week ago and now we’re like best friends,” Kira said. “I’m honestly planning to go back because it was such a cool experience and we made a lot of great relationships.”

Among other sites, students visited the Ulster museum, the Dark Hedges, which is a famous formation of old trees that “Game of Thrones” once filmed at; The Gobbins coastal cliff walk, Bushmills and Ballintoy Harbor; and just before flying to America, they spent a day in Dublin seeing Trinity University, going on the hop on hop off tour, touring the Guinness storehouse and factory, and shopping on Grafton Street.

Max Germann, who stayed with Christian Perry’s host family, said he loved seeing a coastline without tall buildings like in Louisville, Cincinnati or other American cities.

“It was nice to have a very friendly Irish family, to see a coast without a bunch of sky rises and just be able to look out and see the ocean and the pretty meadows,” Max said.

Max said he also liked the food like Irish stew, lamb, carrots, potatoes; although he did say the food is slightly more bland than American food.

“Staying with a family allowed us to see [Ireland] from a different perspective than if we were just tourists, because we were able to engage in what a normal life is like in Ireland instead of just going out to eat and seeing the sites,” Max said.

When they arrived in America, both Rose and Christian said they were surprised by how big everything in America is.

Christian and Rose are also surprised at how large the country is and how long it takes to drive to the nearby cities. Northern Ireland is about 100 miles long from east to west, whereas just the state of Kentucky is about 400 miles long. Northern Ireland also doesn’t have huge retail/grocery stores like Walmart.

“We went to Walmart and their eyes were lighting up with all the candy they had,” Max said. “We went to Lee’s and they were surprised that the biscuits were warm.”

Kira said over Rose’s time in America, they will likely go to Copper and Oak; Kira will show her Goodwill and a dollar store; they will attend a women’s soccer game in Louisville and see other sites there; and visit the 127 yard sale happening this weekend.

Max said he’ll take Christian to the Lexington mall, the underground cavern in Louisville, and the SomerSplash water park. Local sites the students will likely see together are Pioneer Playhouse, Constitution Square, Perryville battlefield, and others.

The four students said they were glad to have this experience, and they are walking away as smarter people.

Bowling said his wife, Mary, talked him into starting a Sister Cities program about 25 years ago. After many years of talks and planning, Carrickfergus became Danville’s sister city in 2008. This trip was the first high school exchange; and Sister Cities hopes to have another one next year.