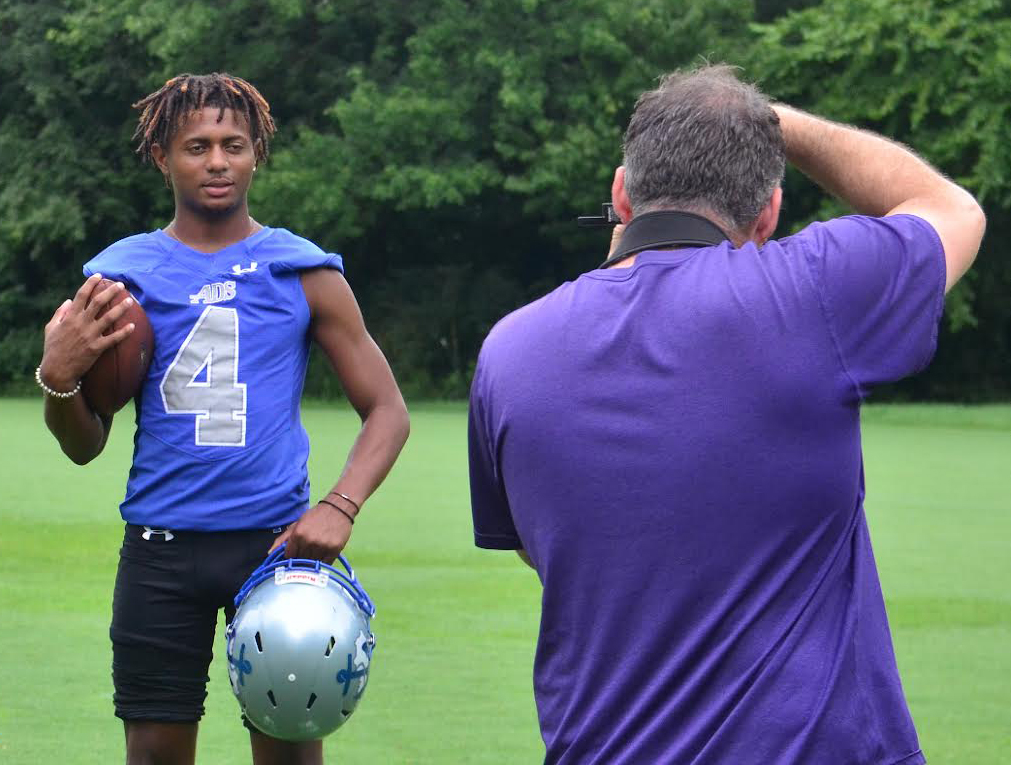 It’s a long way from here to mid-November, but Mark Peach says Danville’s season opener will have a distinct fall feel to it.

The Danville coach said the Admirals’ game Friday at Lincoln County will come with the feeling of something bigger than it is, but he said it’s a feeling he is familiar with.

“I look at every season opener almost like it’s a regional championship,” Peach said.

The anxiety, the intensity and the atmosphere are always a little higher on opening night, and Peach said that can make games like Danville’s opener in the PBK Bank/WPBK-FM Death Valley Bowl difficult to navigate.

“Those openers are tricky, particularly on the road,” he said.

Danville is sure to face a charged atmosphere at Lincoln, where the Patriots will play their first game under new coach Josh Jaggers, who moved from LaRue County earlier this year.

And Peach will face a familiar face on the opposite sideline in Jaggers, a former Lincoln player and the son of one of its most successful coaches, Marty Jaggers. Peach was the coach at Campbellsville University during Jaggers’ two seasons there, 2003 and ’04.

“He and I are really good friends, and I’m happy for him getting to go back to Lincoln,” Peach said. “It’s a tremendous football family.”

Danville will be trying to build on the successes of an 8-5 campaign a year ago, and the Admirals return considerable experience from that team.

Their most experienced skill player is sophomore running back-linebacker Demauriah Brown, who rushed for 11 touchdowns and had 15 total TDs in 2021. They will have a new quarterback in junior Enrique Guiterrez-Jacobs, who had only four attempts in a backup role last season.

Lincoln’s returnees from a 6-7 season in 2021, include senior quarterback Sawyer Horton, who threw for 1,612 yards and 15 TDs, and senior defenders Seth Horton, a linebacker who was the second-leading tackler, and Zach Duncan, a defensive back who had a team-high three interceptions.

The Patriots will dress almost twice as many players as the Admirals. Lincoln’s roster has 72 players; Danville has 38.

“We two-platoon a little, but most of our guys go both ways,” Peach said.

Peach said he’ll be looking at how well the Admirals execute and how they respond to adversity in their first game, and he’ll also be looking for new leaders to emerge.

“We already have an idea who our leaders are … but we’re having some guys that are growing into leadership roles,” he said.

Friday’s game is the first of four straight for Danville against local opponents. It’s followed by games against Garrard, Boyle and Mercer counties, and Peach said that’s good for the Admirals and for fans of all those teams.

“It’s a good area for football … and it’s going to be exciting for the teams and the fans,” he said.

At the same time, he’s trying to impress upon his players that everything they do during the regular season is to prepare for the playoffs.

“I’m trying to, as best I can, express to our guys that everything is important during the regular season but the mindset has to be about the playoffs,” Peach said. “It’s about trying to play your best football and improve as you go and peak at the right time.”

Danville defeated Lincoln 13-7 last season in the Admirals’ bowl after a goal-line stand by its defense in the closing minutes, and the Admirals lead the series between the teams 23-2.

“They have their football tradition just like we do … and we know that we’ll certainly have their full attention,” Peach said.