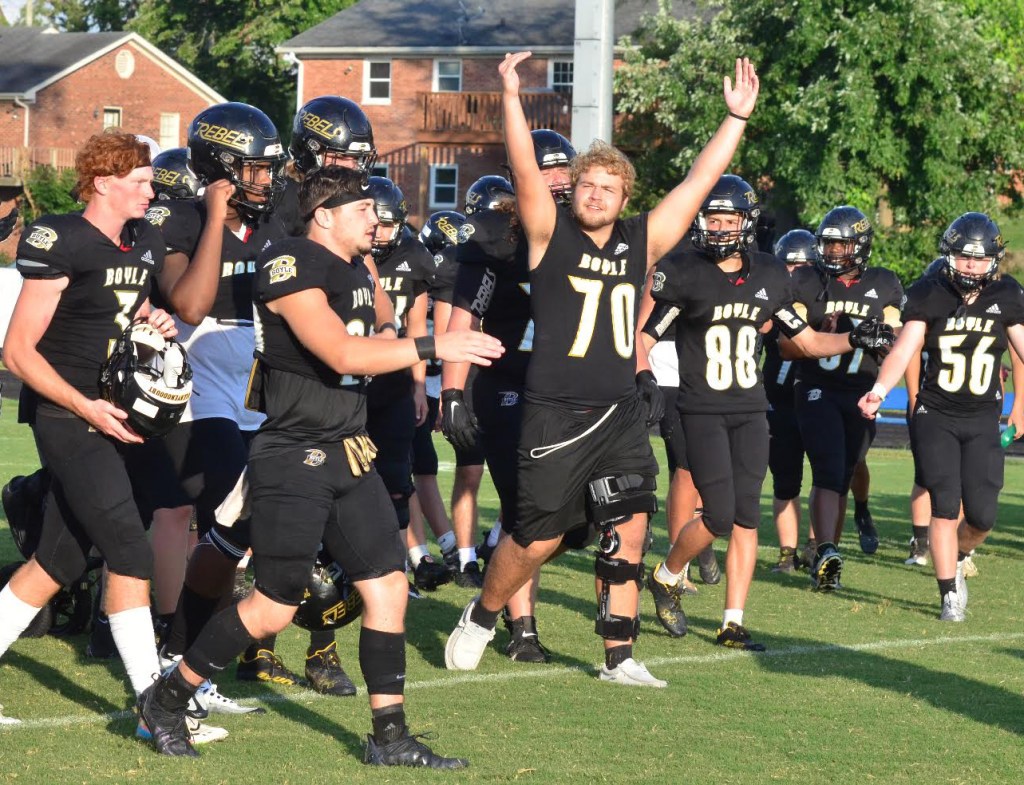 Boyle County hit the ground running in its first game, and Coach Justin Haddix doesn’t want his players to take their foot off the gas in week two.

The Rebels have proved in the past that one definitive win can lead to another and a whole bunch more, but Haddix said that will only be true if they continue to progress.

“We’ve got a lot of things to improve on,” Haddix said. “I think we’ve got a chance to be a really good team, but we’ve got to get better each week.”

Haddix also wants to make sure his players realize that the Bryan Station team they will face in the Rebel Bowl is better than its opener would indicate.

Bryan Station was ranked No. 5 in Class 6A by Bluegrasspreps.com but fell to No. 10 after getting thumped 52-7 by Frederick Douglass, the No. 1-ranked team in Class 5A.

“They just got down early against Douglass, and everything that could go bad went bad for them,” he said. “They’re a lot better team than what they showed. They’ve got a lot of great athletes and a lot of speed on the field.”

The Defenders, who were held to 78 yards by Douglass, went 10-2 in each of the past two seasons under Phillip Hawkins, who took over as coach in 2020.

They feature a strong junior class led by wide receiver-defensive back J.T. Haskins Jr., regarded as one of the top recruits in Kentucky for the class of 2024, and quarterback Trenton Cutwright.

“When you watch the film, you can tell … they know what they’re doing,” Haddix said.

Haddix also said the Rebels got a firsthand look at Bryan Station’s skill players this summer during a 7-on-7 event.

Boyle, which is ranked No. 1 in Class 6A, won three games against 6A schools last season (Tates Creek, Henderson County, North Hardin) and is 6-0 against opponents from the largest enrollment class since a loss to Lafayette in 2016.

Haddix was for the most part happy with how the Rebels started the season in their 50-2 win over Madison (Ind.).

“I feel like our effort was good,” he said. “Even our young kids when they got in, they were holding the standard.”

It is Boyle’s first game on a new field, though the location hasn’t changed. Ballard Robinson Field was resurfaced earlier this summer. This new artificial turf replaces the turf that was installed in 2010 to replace the original grass surface.