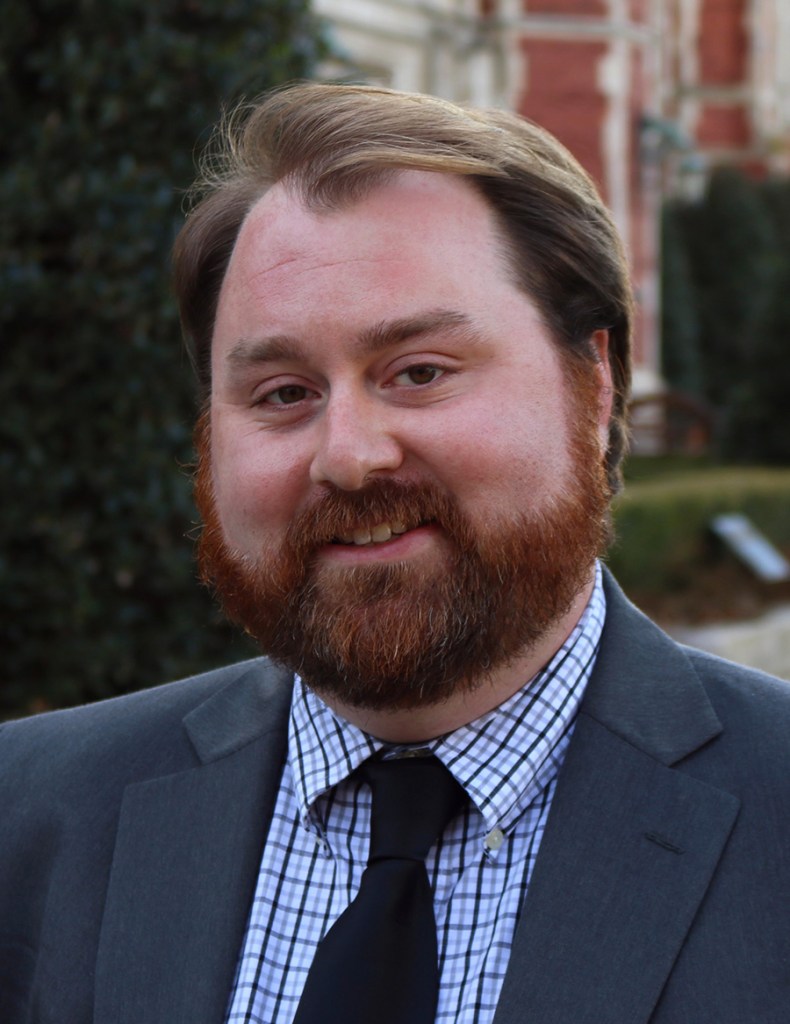 David Stroup graduated from Danville High School in 2005 and then went on to earn a bachelor’s degree, master’s degree and PhD, all in political science. Now, he lives in Manchester, United Kingdom, where he is an assistant professor of Chinese Politics at the University of Manchester.

“As an academic researcher, I have done extensive fieldwork in China, some of which was done as the recipient of a Fulbright Scholarship in 2015-2016,” he said. “My studies have resulted in the publication of a book that was published by the University of Washington Press in March of 2022 entitled ‘Pure and True: The Everyday Politics of Ethnicity for China’s Hui Muslims.’”

Stroup shared some information about his experience as a student at Danville Schools.

Answer: I attended Bate Middle School and Danville High School. In addition to learning a lot in my classes, I  was also involved in several extracurriculars. I played basketball at Bate and soccer (though I think as a current resident of the UK I’m legally required to call it “football”) at both Bate and DHS. I also did academic team in middle and high school, Future Problem Solving at Bate, and Forensics at DHS. I was also a part of the National Honor Society and acted in school plays.

More than anything, I think being involved in so many different activities and clubs was a memorable highlight. It helped me make a lot of friends and really encouraged me to develop my interests and try different things. For instance, my friends from the Forensics team became people who I played with in a garage band. Being involved in different things helped me to become a well-rounded person. It also taught me important lessons about balancing commitments and volunteering my time.

A: I’m now a teacher myself, albeit at a university level, so I think the best lessons I learned from the Danville Schools were about how to teach others. Having good teachers growing up helped me learn how to be a teacher myself. This helped me to grow into a career in education. While the students I teach here in Manchester are a little older than the ones in the Danville Schools, many of the lessons I picked up by watching inspiring teachers still apply.

From having good teachers, I learned what real engagement with students looks like and am able to understand what makes a lecture or an activity both engaging and substantive. Having good teachers showed me how to set standards, give helpful feedback and be a positive mentor. Classes like my AP course in American Studies and courses in journalism,  French literature and my English classes all provided me with really good groundings in how to set and meet expectations in a classroom, how to learn through innovative projects and how to foster intellectual curiosity in academic subjects.

A: There are so many influential people from my K-12 school days I am indebted to. I have always felt glad to have excellent teachers growing up who inspired me through their passion and dedication, as well as their ability to balance high expectations with lots of encouragement. As someone currently in education, I have so many models to draw on as I think about how to communicate information and share knowledge with students.

In middle school Cathy Harris, Michael Ernst, Julie Dexter and Cheryl Gibson put a lot of effort and creativity into their teaching, something that I’ve since learned is no easy feat.

At DHS, Ryan Montgomery, Jan Scott and Joan Haigh all encouraged me to read, explore and think critically, which proved to be invaluable foundations for a career in academia.

As someone whose job also requires lots of writing, I’m grateful to Steve Meadows, who more than anyone else is responsible for helping find my voice as an author, and how to speak clearly and directly to my audience. I also have to credit Margo Goodwin, who taught me not just French, but about how language and literature were carriers for culture and ideas. As I explored China (and Chinese language) later on in my learning, I always felt encouraged by the really strong foundation that she helped me lay down. I also am really grateful to Gary Reynolds, who as my coach on the DHS soccer team was someone who offered lots of encouragement not  just as a player on the field, but also for my studies.

A: One thing I see often as a university professor is that often my students arrive at university still trying to figure out what they want to be in future career paths. Both at the University of Oklahoma, where I taught as a graduate TA, and here in Manchester, students would ask about how their degrees would equate to getting a job in a particular field. Occasionally, I have students who tell me they’re not sure what they want to do after university or who confess that they’re studying a particular major because it’s what they’re “supposed” to study.

Having teachers in my early education who taught me to see the connections between academic subjects and the links between fields of knowledge (say, for instance history, art,  language and politics) helped me to prepare for a liberal arts education in college and gave me lots of options when it came time to choose a career. I would encourage parents to help their own kids explore these kinds of connections and think comprehensively about how knowledge from different areas fits together.

A: Ultimately, I’m working in education, so giving back isn’t just a drive— it’s my career! I think that many people who work in academia choose to do so because they see that it is rewarding to share knowledge with others, and to help them become enthused about the same subjects that excite and animate us. I think I was fortunate to have good examples of people who really cherished their work and relished the opportunity they had to talk about their lived experiences with students. Having these people as role models helped me to find other strong mentors in college and grad school, and ultimately shaped my own desire to seek that path for myself.

I feel really lucky to work in a field that allows me to think deeply about questions that interest me, to write about these things in a way that I can share with colleagues and other learners, and to share that fascination with other people who are also eager to learn. I’m lucky to have had positive first-hand examples of how important and satisfying good teaching can be, and I’m proud and privileged to have the chance to try and be that kind of model for others.