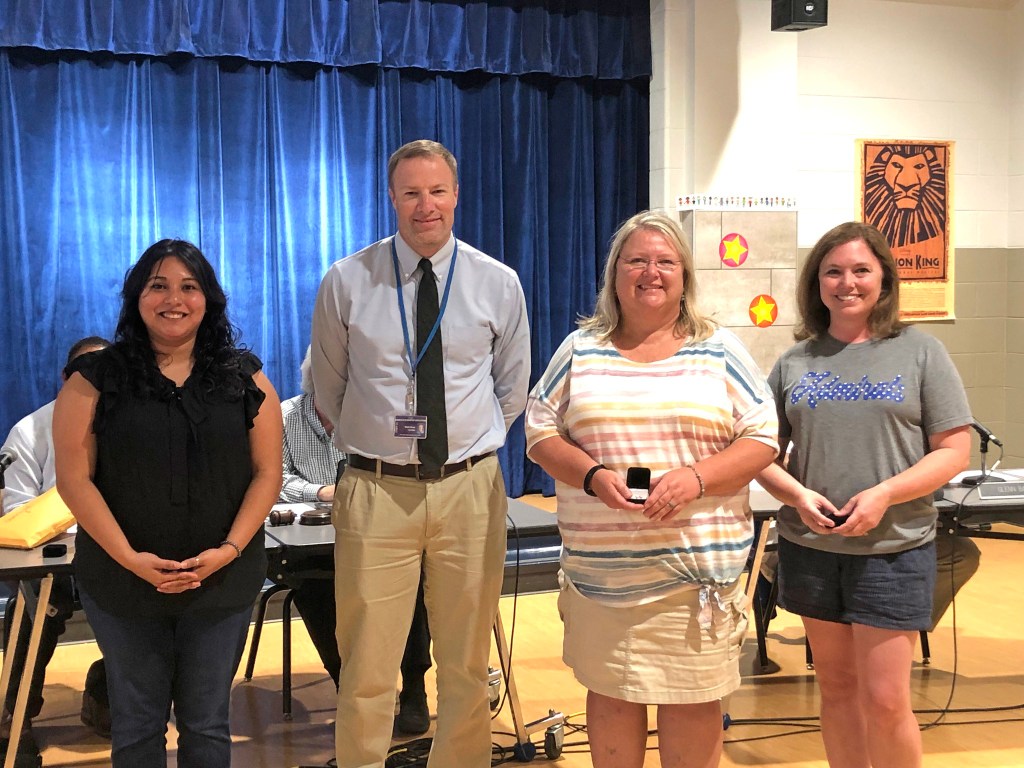 The Danville Schools Board of Education heard a presentation on possible training for the district about how to spot grooming at their meeting on Wednesday.

Danville resident Elaine Wilson-Reddy made the presentation about a training program she started called “Be The Elephant: Preventing Sexual Harassment and Abuse of Students by Education Personnel.” She leads the training for adults in schools on how to recognize signs of inappropriate behavior known as grooming.

Grooming is when a pedophile becomes close with children with the intention of exploiting or abusing them. Wilson-Reddy explained that there are signs to tell when this is happening, and she trains people how to spot them.

She has already done this training at Bate Middle School for faculty, all Danville school counselors, and she hopes that the district can find funds for her to do training for the whole district. She also did the training for Russellville Independent School District in August.

“Adults don’t always know, but students almost always know when there’s an adult in the building that is inappropriate,” Wilson-Reddy said.

She brought up several incidents in the Danville school district where adults had inappropriate behavior toward students, such as J.R. Dean, a former DHS teacher who sent inappropriate messages to students; Thomas Duffy, a former DHS coach who sexually abused a student in the 1980s; and other incidents.

“These are the ones we know about, which means there are ones we don’t know about,” Wilson-Reddy said. “Because it is rare for students to come forward and say anything.”

Wilson-Reddy said her training is based in academic research, Kentucky law, and her own experience as a victim of abuse from a teacher.

“What I do know about your training is that you’re very good at the telltale signs that we don’t notice,” Board Chair Steve Becker said to Wilson-Reddy. “You’re with someone every day and you would not have a clue that these kind of things would be happening.”

Wilson-Reddy explained that sometimes it is the most beloved or respected teachers that are actually abusers.

She continued, “This is not at all a witch hunt … it’s just recognizing the signs, and they are there once you know what to look for.”

She explained that the training is not already duplicated in other training that Danville Schools does. Superintendent Greg Ross said he believes there’s a need for the training, and will talk more with Wilson-Reddy.

The board recognized several staff members who received the Kentucky Department of Education’s Stilwell award. The award is named after William E. Stilwell of the University of Kentucky, who worked to improve access to modern technology for K-12 students.

This year’s award is specific to the two-year timeframe of the Covid-19 pandemic, and recognizes staff and faculty who were able to help students continue learning remotely through technology.

Award recipients from Danville Schools include Brian Gover, Director of Technology, Norma Hopkins from Hogsett, Sarah Beauman from Toliver, John D. Smith from Bate, Brent Beauman from the high school, and Brian Goldberg from the district.

Gover wanted to recognize several people from his team who are essential to operations: District Technicians James Bender, Chris Buckman and David Cook.

• Heard a presentation by Crimsom Claycomb who started Kendyl and Friends, a nonprofit that has fundraised and built all-inclusive playgrounds around Kentucky. Danville Schools is considering adding a wheelchair-accessible playground for kids with disabilities.

Kendyl and Friends started in Burgin when Claycomb wanted her daughter Kendyl, who is disabled, to be able to play on a playground like other kids. Claycomb’s nonprofit does all the fundraising for playgrounds, and offered to do the same for Danville Schools if they decide to work with her. She said they can all work together to decide what the playground might look like. Ross said he would discuss the ideas further with her.

• Heard an update by Arts Director Jane Dewey about how the arts has grown and changed at Danville Schools over the years, how it’s made differences in students’ lives, and what they’re going to be doing next. To hear the full presentation, go to the Danville Schools Youtube page and watch the video “Danville Board of Education Meeting 9-21-22.”

• Approved the position and hiring of a part time bus mechanic.